Does Marijuana Help with Nausea? 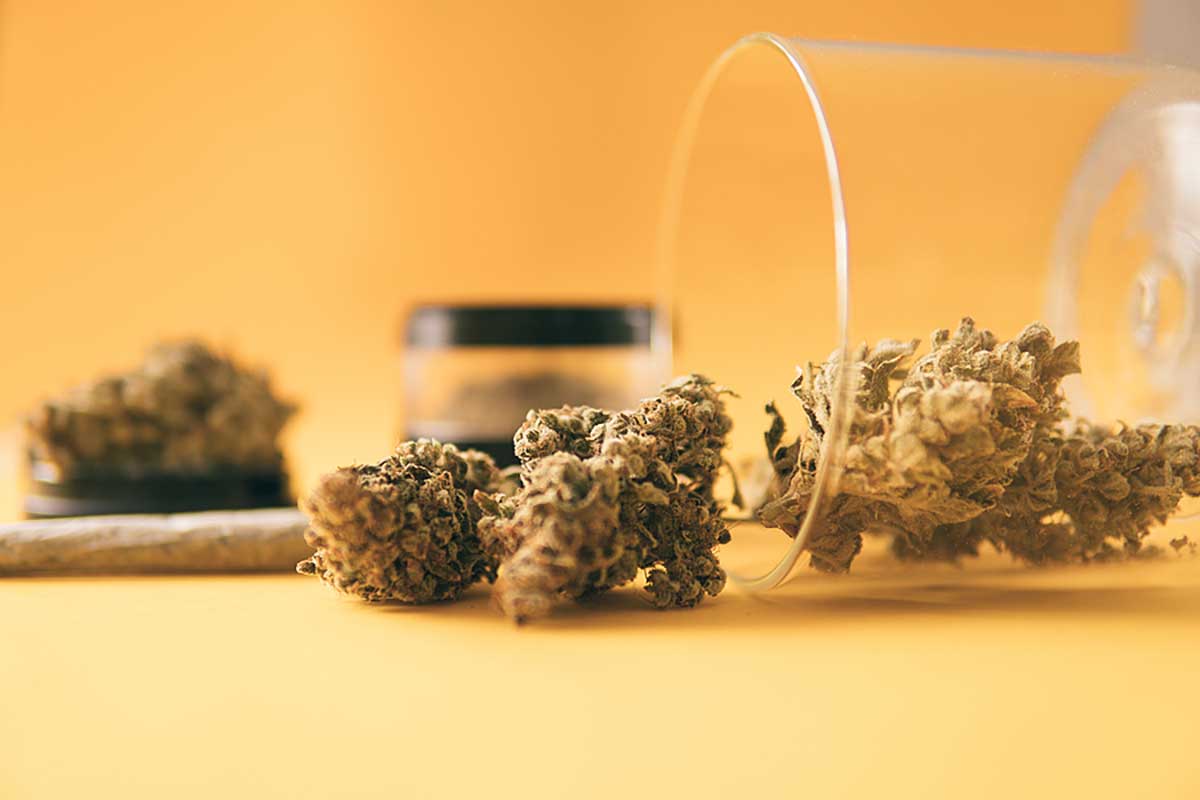 Marijuana, in general, has a lot of uses, although its legalization is still a topic of hot debate. One of its uses is helping people with Nausea. Nausea also happens to be the reason why Marijuana is frequently prescribed by Doctors. During the late 80s, THC in Marijuana has been the main tool  for treating Nausea, a side-effect  of chemotherapy. However the question really lies on, does marijuana really help with treating nausea?

For years, researchers believed that the anti-nausea  effects of Marijuana have something to do with the Endocannabinoid system in the brain and organs that control nausea and vomiting. In this article, we’ll take a deeper dive into what science has to say/explain regarding the relation between Marijuana and Nausea.

First of all, before linking the two, we should know first what is Nausea. Nausea is the queasy feeling you get in your stomach that makes you feel you want to vomit or sick.

Nausea is caused by a lot of triggering factors, from eating spoiled food, a full stomach, consuming specific drugs, or chemicals. Also, it can be caused by fear, anxiety, or motion sickness. Vomiting or throwing is a normal response whenever you feel nauseous.

Nausea is a very irritating feeling to have; it is more upsetting than the actual vomit; it is because you never know if you’ll vomit or not. Plus, it happens time and time again. It is pretty uncontrollable in the sense that it happens regularly and a very unpleasant feeling to have. So, ideally, people are trying to look for the best treatments to alleviate this annoying sickness.

Does Marijuana help with Nausea?

Compounds in Marijuana have been studied over the years, and studies have shown that it does help with Nausea or symptoms associated with Nausea. The main active ingredient in Marijuana is THC or Tetrahydrocannabinol, which is an effective Antiemetic. Ideally, marijuana is prescribed around the world for treating nausea. Other drugs such as Gravol are prescribed, as this, too, is antiemetic. A 2001 study showed that giving IPECAC (a compound that induces vomiting) to volunteers along with THC can significantly manage symptoms of nausea. True enough the  results were astonishing; it really did help  the volunteers to minimize the feelings of queasiness and vomiting.

In a recent survey, every 1 out of 3 people who used marijuana for medical purposes reportedly said that they felt better and provided relief.

Who Can Benefit From Marijuana?

People worldwide can benefit from Marijuana. It has been long debated that Marijuana has many uses when it comes to treating medical conditions. Marijuana is heavily recognized as a treatment for Nausea and vomiting and in patients with HIV/AIDS and cancer.

Despite all the development in dealing with Nausea and vomiting, there are still a lot of people experiencing unpleasant symptoms and distress.

Nausea in cancer patients is very common; it is a side effect of chemotherapy and is often poorly controlled because of many underlying conditions. But in recent years, studies have shown that THC and other cannabinoids work in favor of people having nausea, vomiting, and other types caused by vomiting. More importantly, does marijuana help with Nausea in cancer patients? It’s an absolute yes.

Also, a 2015 review reported that patients who used cannabinoids to treat their Nausea were able to completely defeat the signs and symptoms of Nausea. Meaning there’s an absence of Nausea or weren’t able to feel the queasiness in their stomach.

In addition, a 2001 review that spanned 30 studies for 1300 patients reported that when they used cannabinoid-based medication such as Marinol and Cesamel, it was more effective than other antiemetic medications for controlling chemotherapy-related illnesses.

What is the role of the Endocannabinoid system in Nausea?

An upset stomach or the nauseous feeling you get might not be associated with your stomach, but have more to do with the brain. Areas of the brain that are associated with Nausea and vomiting are  found in the Cannabinoid receptors.

The active ingredient in Marijuana, the THC, acts on a certain pathway that is found in the body known as cannabinoid receptors. These receptors are mainly involved in the regulation of main bodily functions.

Research showed that when THC is activated in the body, the cannabinoid receptors suppress nausea and vomiting. The other active ingredient in Marijuana, namely the CBD, also shows that it can suppress vomiting and nausea.

Endocannabinoids, which are found in the body, play a role in minimizing the chances of people throwing up caused by nausea.

Since the discovery of how marijuana works as a suppressant to Nausea and vomiting. The understanding of how they control these types of receptors and aid in helping people with nausea has increased rapidly. Smoking marijuana activates these receptors, which in turn suppresses

However, the link between marijuana and nausea is a lot complicated than you think. For users, some heavy smokers tend to experience excessive vomiting or cannabinoid hyperemesis syndrome when they consume marijuana. And up to this day, this particular reason is not known because most studies show heavily on the positive side of things when treating nausea. While it is very unusual, the link between marijuana and nausea is not upfront, as some of you might think.

In this article, the answer to your question regarding Does marijuana help with Nausea? Yes! Marijuana helps people with nausea. Marijuana has shown tremendous benefits when used to treat patients with Nausea and Vomiting.

Although there is still a lot of researches that needs to approve this claim, we are on the right path towards legitimizing the overall use of marijuana in the medical field. One thing is true when THC is activated by cannabinoid receptors; it suppresses nausea and vomiting altogether.

Nonetheless, if you are feeling queasy and exhibit the feeling of throwing up, it won’t hurt having a puff of Marijuana to ease your body.