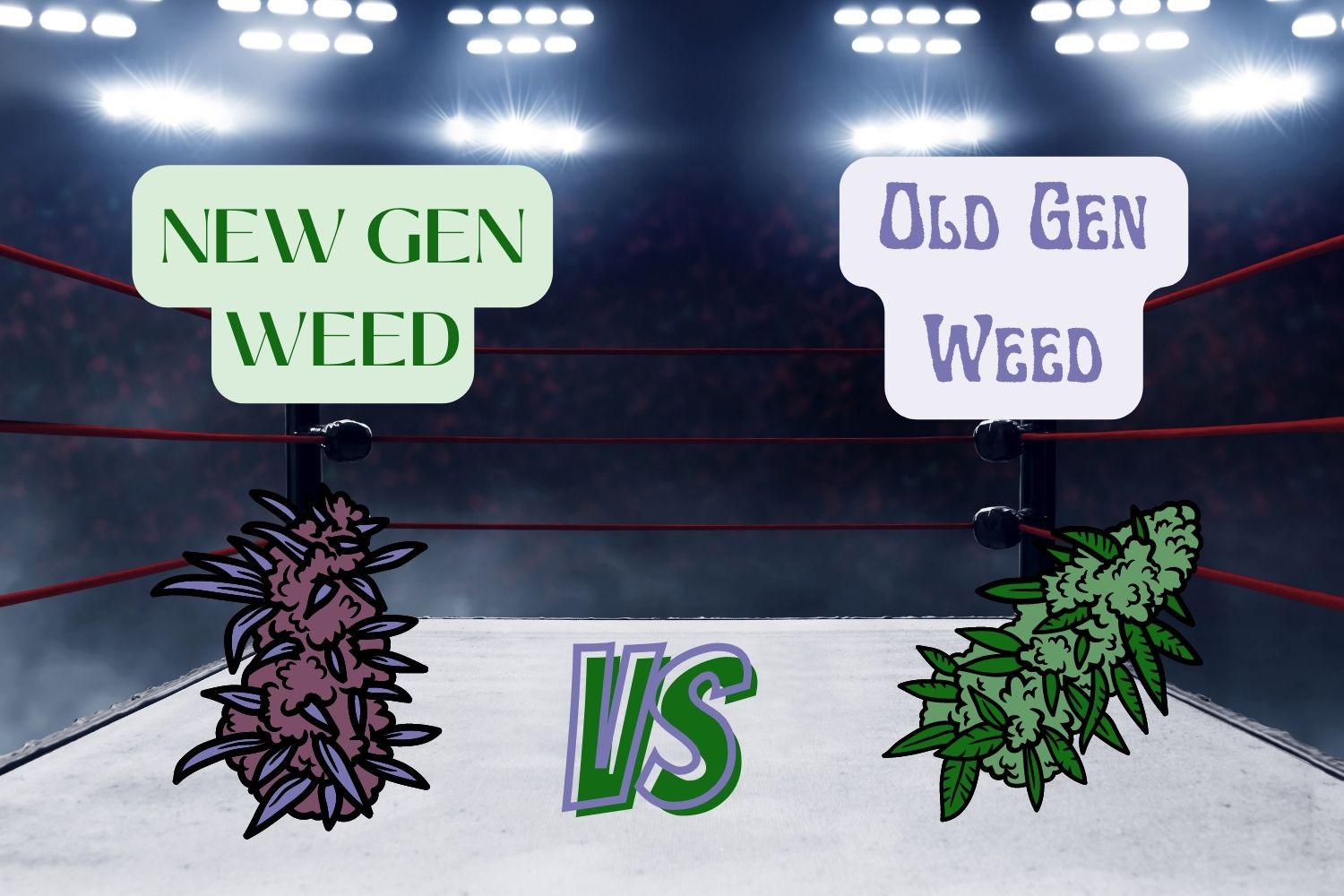 The cannabis of today has changed greatly from the cannabis of yesteryear. The widened use of cannabis as well as the push toward widespread legalization throughout North America has put the plant on a pedestal in a whole new way. But what if we told you that more than just the popularity of the plant has changed? What if we told you that the potency of the plant itself is different today than it was in the ’60s and ’70s?

In today’s exploration of cannabis history, we are going to take a microscope to the old gen weed so that we can compare and contrast it with our favorite strains of today.

The Impact of Illegal Cannabis

With cannabis prohibited at a federal level, consumers and growers alike had to resort to black markets to work with cannabis. This meant that marijuana was brought in by boat, truck, and cargo plane. What wasn’t brought from an outside source was likely grown in a hidden outdoor garden. Commonly arriving from Columbia, cannabis that has been transported a long way can suffer serious oxidation, losing potency every step of the way. When cannabis can be in transit for months at a time, this leaves a lot of time for degradation.

Nowadays, cannabis is significantly more accepted on a legal level around the nation. With no hidden transportation methods required and rigorous testing standards, there are fewer steps between farmer and consumer, which allows for better overall products.

Old Gen Weed suffered from prohibition while New Gen Weed is being elevated by acceptance.

Cannabis was first named a Schedule 1 drug in 1970. Over the years, cannabis confiscated by the authorities has been rigorously tested by the Natural Center for Natural Projects Research (NCNPR). When comparing those samples to the cannabis grown and sold today, their research indicated that today’s cannabis was almost 67% more potent.

The reason for rising potency levels in today’s cannabis can be related to several different reasons. Some people like to say that the widespread use of cannabis has opened the doors to more intricate knowledge in the growing process. While this is true, it is far from the only fact of the matter.

Let’s look at a few reasons as to why we can experience soaring THC levels in new-gen weed compared to the cannabis we smoked in decades past.

The cultivation of cannabis without the use of soil is a technique known as hydroponics. Soilless growing mediums exploded in popularity throughout the 80s, bringing new types of cannabis to the menu around the world. Growers were suddenly able to cultivate their favorite strains from the comfort of home, indoors, without concern for soil or the elements.

The hydroponics revolution has introduced many benefits to cannabis even beyond soaring THC levels. Growing without soil allows plants to focus on purely what they need to do to thrive, allowing the hydroponic system to deliver their core nutritional needs.

While hydroponics is one of the biggest inventions in the home-growing sphere, it is far from the only one. As technology continued to leap and grow alongside the hydroponic revolution, powerful lighting and curated feeding schedules would become the norm. Suddenly, it was more possible than ever to cultivate a healthy plant. With growing manuals, nutrition guides, and online networks dedicated to craft cannabis, it is no surprise that there are more growers than ever.

Following the indoor revolution of the ’80s, cannabis began to experience a revolution of hybridization. Hybridization is the act of crossing more than one strain to cultivate a new strain of that plant. You’ll see this many times in today’s cannabis world. Sour Jack, for example, is a hybridization of Sour Diesel and Jack Herer. Crossing multiple high potency strains could now yield consistently strong strains.

There are other reasons to create a hybridized cannabis plant. Sometimes growers will cross certain strains to share certain attributes. The energy of a sativa might pair well with the body-heavy effects of a more traditional Indica strain.

Backed by the ongoing Age of Information, thanks to the internet, growers were able to share seeds, strains, and phenotypes with ease that their forefathers never could have understood. You can even buy specialty feminized and auto-flowering seeds to help the process go even smoother.

While the hippies in your family may turn their noses up at some of today’s cannabis, the marijuana of yesteryear wasn’t always the highest in quality. Throughout the late 80s and 90s, brick weed was a common form of cannabis consumption. Brick cannabis was often filled with stems, leaves, and flowers. Smoking this mixture of trim and shake leaves for a less potent experience and a lower overall quality plant.

Today, cannabis plants are rigorously sampled, hand-trimmed, and custom packed into jars for storage and consumption. If you purchase marijuana from a legal dispensary and it has leaves and stems in it, you are even allowed to complain! Times have changed and the continuing cannabis revolution will ensure that future generations look at this one in the same way.

So Is Marijuana More Potent Today?

By now, it is pretty clear that cannabis has fundamentally changed over the past several decades. With the introduction of cannabis concentrates, THC levels will only continue to soar in the future. It looks like it is time to start building that tolerance!