Does Weed Go Bad and How to Store Them 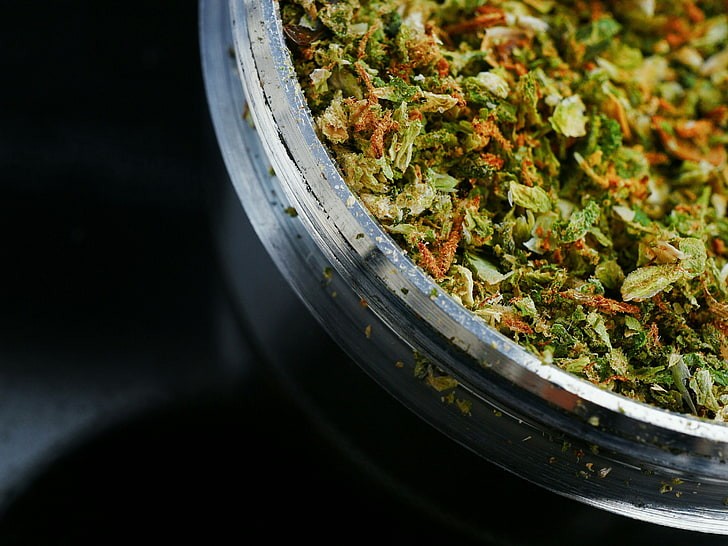 There may be some time that marijuana users do not consume their weed in a timely manner. So does other stoners who tend to overlook where they have buried their load when they get too high. Currently, a lot of questions have appeared that made various consumers be puzzled. One of these is “Does weed go bad?”.

A newly purchased weed is typically good enough for a span of months. As they are still fresh and recently preserved, the small amount of moisture in the buds are the essential reasons as to why they are soft and elastic. As time goes by, which is determined by how the buds are kept, the pot may go very wet or dry.

There are two scenarios that make a lot of sense. One is keeping the stash in a small plastic bag, and the other one is placing them in a refrigerator. Both of these can make a lot of difference in a smoking experience. Keeping the weed inside a plastic bag may result in broken pieces. When this occurs, the smoke it produces may be very unlikely. On the other hand, placing the weed in a refrigerator can attract mold as it gets too damp. When this happens, burning it will be very difficult.

Various cannabis experts have urged that placing the weed in a sealed jar with a decent room temperature can do the job.

The answer to this question will vary on the meaning of bad or how bad it is. The truth is, whatever the concern you have heard or was said to you, unlike other processed food or vegetables, weed is not going to be spoiled or rot. Its potency is also not going to deteriorate a span of months compared to other bottled medicines.

It may not go bad just like other foods stored in a long period of time, but weed can get too substandard or moldy. Aged marijuana will not in any way cause any dangerous or pressing health problems if you have such. Yet, its potency and other factors such as its smell, texture, and flavor may remarkably lessen in the span of years.

Whether it has been forgotten or overlooked for years, weed won’t go bad at all. Still, underlying factors to consider, such as its quality, may have a contribution to the enjoyable smoking experience. It may not go bad, but the effects that it can offer in the body may eventually drop if it is not properly stored.

Storing it properly is essential. This matter will be discussed in another section of this article.

How long can it stay fresh?

With excellent storing circumstances, weed can truly be comparatively pristine when it comes to its freshness in a long period of time. This may be doubtful, but it can really happen. Depending on the process it has been through after harvested, when properly dried out, cured, and even stored, weed can no wonder stay in good and excellent condition after six months up to a year or more.

Getting a weed and planning to store them in such a long time may be a challenging task, especially when you are a loyal smoker. Prolonging the freshness of your weed may need some of those quality containers that can manage humidity. It may not be possible to maintain its freshness without a good quality jar, especially if it encounters a range of light.

With that said, consuming the weed in a span of six months is advisable. Yet, if you have spent an excellent container, you can maximize its time for a year or so.

What science says about it?

The compounds incorporated in a weed may deteriorate in a period of time. The terpenes and cannabinoids present in marijuana can eventually lessen. When this occurs, the potency of it, such as its effects, will be affected.

When the terpene of a particular weed has declined, the aroma and flavor it carries will eventually lose. In the end, smoking is harsh as it eventually losses its taste. Its distinguished character and its enticing smell that makes a perfect experience are gone making it unpleasant for those who are looking for power.

As established, the United Nations Office on Drugs and Crime has mentioned that the important compound present in marijuana, which is the THC or tetrahydrocannabinol, will significantly be broken down over time. Buds that are stored in a long period of time will not be as potent compared to other freshly bought.

What is the ideal way to store them?

Storing your weed considers a lot of factors. These essentials include humidity, light, temperature, and even oxygen. These factors can significantly affect the quality of the buds, especially its flavor, aroma, and, most particularly, its potency. In storing weed, the following steps can help you maintain the freshness and quality of your buds

Using plastic bags or plastic containers can be a bad idea in maintaining a fresh stash. As it can let in too much amount of oxygen, the potency of the buds can be affected. This is in particular especially for the delicate trichomes that include tiny pistil, which is responsible for producing smell and flavor.

Opting to use glass containers or jars will be a perfect idea. Glass containers have the ability to limit the oxygen leak. In addition, they are very cheap and accessible. Many seed banks sell containers that are devised to store weed in more maintained freshness.

The appropriate relative humidity that works best for your weed is from 59 to 56 percent. Anything lower or higher is a risk. Risking the humidity level at an unlikely rate can make the buds very prone to mold proliferation or dryness. In order to store the weed as long as possible, adding humidity control packs in the container you just bought can be very helpful.

Put it in the desired place

Putting your weed in the proper place is important. Placing it in a dry and cool area far from the range of light can essentially affect in prolonging the quality of the stash. If your weed is placed in direct sunlight, the result is unlikely. The buds can break down, and in addition, direct sunlight can contain too much moisture from the heat that can end in the generation of molds.

On the other hand, putting it at a very cold temperature can make it dry. With that, refrigerating it is not a good idea. The ideal place you can put in your weeds will be inside the cabinet or in a dark place where the temperature is less than 25 degrees Celcius.

Weed can go bad in a way that its quality is affected. There may be various ways that it loses its quality, but proper storage can keep it from being harsh at an early age. When it is exposed in too much oxygen or too much light, it can go dry and can eventually be ineffective as the trichome is going to lose. Exposing it in a very humid place, on the other hand, can attract molds. Both circumstances will be prevented if it is stored in an appropriate area.

Keeping your weed fresh will give you not only an enjoyable smoking experience but also a quality one. The longer that the weed is exposed in an unlikely place can essentially lose its potency, flavor, and aroma. Who doesn’t want to have a great experience? Thus, the freshness of the weed is very important; that is why storing it properly is essential.