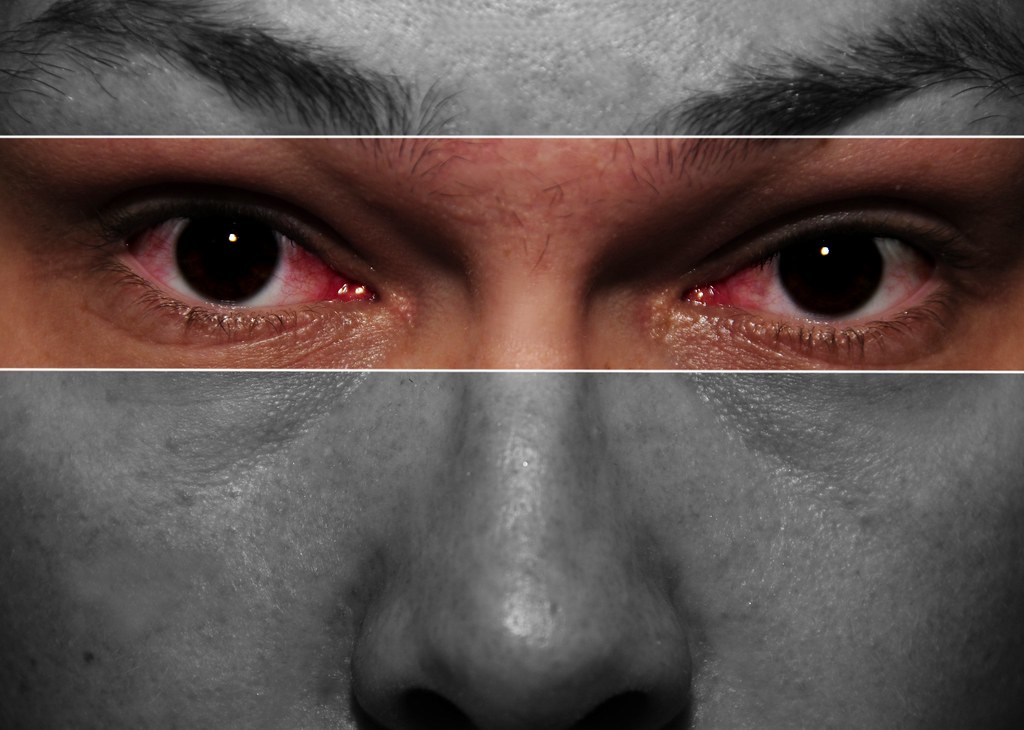 Back in history, when marijuana was not yet om the limelight and lived for many years in hiding with the fear of detection. Hence, when people use marijuana, it would be hard for them to hide their bloodshot eyes from everyone around them.

Good thing today, many countries and states have gradually accepting marijuana and its health benefits. However, the redness of the eyes is forever a problem to every one, since not a single person has proven or accomplished the remedy to prevent it from occurring. Some may have few claims, yet these are all temporary.

The reason why there are so-called marijuana eyes is because of the processes happening inside a person’s body when marijuana is taken in any possible methods. To understand more of the science behind the red marijuana eyes, then scroll down below.

Red eyes are typically experienced by all marijuana users; however, the degree of user’s sensitivity to it will always rely on the quality and quantity of marijuana they are smoking. However, the occurrence of such unfavorable marijuana eyes is guaranteed to happen.

The Science of Marijuana Eyes

After ingesting marijuana, regardless of the delivery method used, will trigger the chemical compounds inside the marijuana to initiate interactions with humans’ endocannabinoid system. These compounds are called cannabinoids, particularly the tetrahydrocannabinol, which primarily the reason for the medical and health benefits of marijuana.

As they interact with the body’s systems, they trigger to elevate the rate of heart and pressure of blood flow. The increase of rate both on blood pressure and the heart is comparable to having an exercise or sexual intercourse.

An average of ten minutes, the heart rate, and the rate of the pressure of the blood will slowly decrease and go back to as it were. The moment all these lowered to a normal level, the capillaries and blood vessels tend to dilate. That includes the ocular capillaries dilation. This happens due to the elevated pressure of the blood flowing to the eyes, which leads to its red marijuana eyes and reduction of pressure in the intraocular.

Variety of Redness of Marijuana Eyes

If you are surrounded by marijuana users, notice that a similar marijuana strain will cause the various intensity of effects on different individuals. These differences often the result of varying factors like gender, health, and tolerance on cannabinoids.

Similar to redness, some are very visible, while others are almost unidentified. This is because the marijuana eyes rely entirely on the individual’s blood pressure. For people with high pressure of blood, the capacity of THC to reduce the blood pressure, leading to a lesser or non-existing redness. Meanwhile, low blood pressure will make the eyes of an individual extremely visible redness.

The ingestion method used will not matter, and it can still turn your eyes into marijuana eyes. However, the sensitivity of your eyes will rely on how strong the marijuana is. Strong in the sense that the level of THC it comprised is very high. Opposing the common belief that the smoke is the reason for the marijuana eyes, this is not surprisingly true.

Instead, the cannabinoids present in marijuana is the root cause of the redness, as discussed above. Hence, the ability of marijuana to make your eyes red will not matter on the delivery method as long as cannabinoids are present.

The More Red Is Better

The higher the quantity of Tetrahydrocannabinol, the largest cannabinoid present in marijuana, the redder your eyes will be, given that the potency of its effects will always depend on the impact it can induce.

In the most simple note, the marijuana eyes are signs that the weed you ingested is highly potent and rich in cannabinoids concentration. Hence, if the bloodshot eyes persist, you should be happy as you have landed on a very good marijuana strain.

Among beginner users, the manifestation of marijuana eyes can typically result in panic, and sometimes they may look for answers on the internet asking desperately. However, the appearance of marijuana eyes should not be as bad as you think it is. When it comes to health-related issues, there are no proven problems and serious risks associated.

Also, marijuana eyes do not cause any allergic reactions, so nothing to be worried about. Apart from people will tease you of your marijuana eyes, especially in public, but other than that, the manifestation of marijuana eyes is very natural after ingesting marijuana.

Hence, the moment you take a look at the mirror and reveals your bloodshot eyes, always note that there is nothing wrong with a few increases in blood pressure once in a while. On top of this, the marijuana eyes will only last for hours.

If you are still bothered by the redness, you are allowed to take measures and ways to reduce if not eliminate the situation.

Getting Rid of Marijuana Eyes

Instead of pursuing a high concentration of THC, try marijuana with low THC percentage to reduce the redness of your eyes. You may opt for marijuana strains that are higher components of CBD and CBN, which rather induce desirable effects and a great alternative for THC.

Eye drops are not the worst idea to reduce the redness of marijuana eyes. However, you should opt for the one specified in lessening the redness, and not just typical eyes drop in the pharmaceutical.

Drinking lots of water and always stay hydrated will truly help the redness of the eyes. The elevation of fluid inside the body balances out the effect of THC and lessen the drying feeling of after-smoke reaction.

Washing the face, including the eyelids with cold refreshing water, can potentially help reduce the redness of the marijuana eyes.

Red marijuana eyes are not dangerous for your eyes or the overall body. Hence, allowing to let its flow according to its course will eventually reduce the redness after a few hours, and try to spend these waiting hours at home spending leisure time.

Provided with useful information above, it is easy to understand that marijuana eyes are typically experienced when consuming marijuana. Although not everyone will get a similar intensity of redness from the same strain as contributing factors will interfere with the process. Nonetheless, there are no known harmful effects attached to this manifestation.