What Happens If You Smoke Too Much Weed 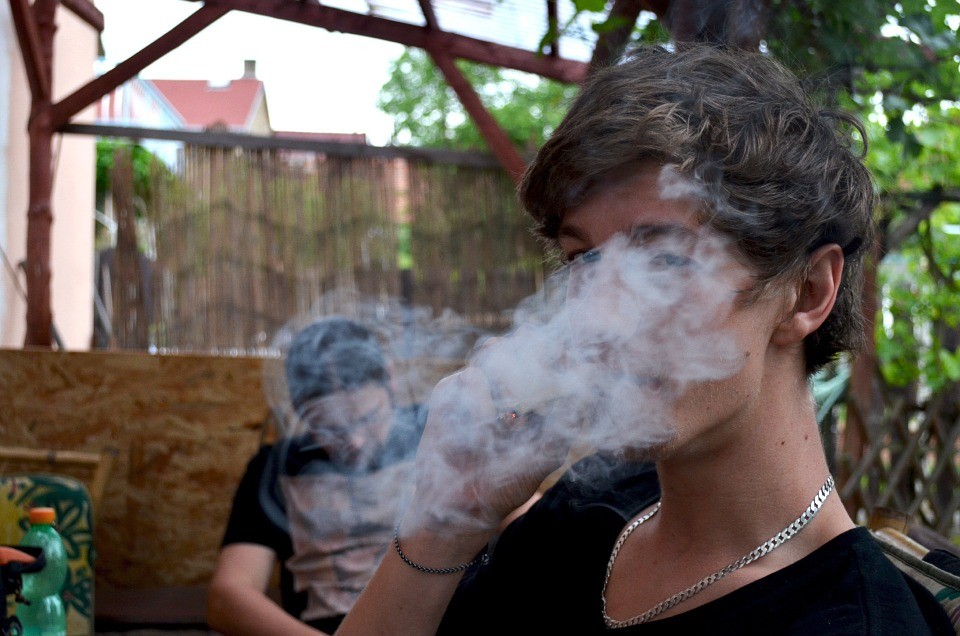 Although scientific studies were supporting the claim that you cannot be lethally affected by overdosing weed, you may breathe in too much weed all at the same time. Some of you might be wondering whether it is still completely safe to smoke such a massive amount. What happens if you smoke too much weed?

Well, it is completely okay if you happen to smoke too much weed all at the same time. The most disastrous thing that can occur if you spoil on weed cannot be even compared to the threatening effects of an overdose or over-drinking. You might experience some sudden effects as a result of your overconsumption of weed, but all these symptoms are momentary, and with enough knowledge, you can always address these effects more efficiently.

Can You Overdose on Weed?

A lot of people relate drug overdose to death. However, an overdose simple tackles on consuming too much dose, which may trigger harmful effects to the health. So while some drug overdoses can be harmful, several others are not.

Is it possible to overdose on weed? Although there are no records of death caused by the overdose on weed, consuming too much weed may also trigger some health issues which may affect both the instant and long-term health of the person.

Smoking Too Much Weed – Should You Get Worried?

So, how are you going to perceive the ongoing pains in your joints? Well, the effects of smoking too much weed rely on your body’s tolerance to weed, as well as how effective is your daily lifestyle. For instance, smoking your usual dose of weed can be excessive if you consume it while your stomach is empty. Also, smokers differ in their responses to the high content of THC. Nevertheless, all smokers go through common annoyances after smoking too much weed.

What happens if you smoke too much weed? It would be smart if you learn about the possible effects when you overindulge in weed. Here are the experiences of the common manifestation by smokers:

Cottonmouth also referred to as the pasties or dry mouth, is one of the most disturbing effects of excessive smoking of weed. This sensation progresses after the heightened amount of ingested weeds, making the aridity nearly impossible to appease, even after drinking several cups of water.

You might be wondering why we develop cottonmouth when smoking excessive weed. Well, it is associated with the endocannabinoid system. The weed has an active cannabinoid, which is the THC. The THC replicates the formation of anandamide – the endocannabinoid that delays the production of the saliva.

Considering that the endocannabinoid receptors are circulated throughout the body, they are also seen in the salivary glands. By resembling the behavior of anandamide, THC can also affect the production of saliva, which leads us to the feeling of cottonmouth.

If you happen to experience cottonmouth, simply continue hydrating with water. However, most essentially, get something sour, as the sour-taste can work to provoke the production of saliva, giving your mouth the immediate alleviation.

White-out, also called a whitey, is a common side effect when consuming excessive weed. The sign is first noticed once the color of the face rapidly drains, then followed by nausea, weakness, vomiting, and even unconsciousness.

Although this effect can be truly dreadful for many people, the manifestations are commonly momentary. If you happen to experience this effect, it would be good to have a sweet snack or drink and then find a comfortable place to lie down or sit. The feelings of dizziness or nausea will subside after a few minutes.

It is commonly rationalized that a drop in blood sugar is the reason for this symptom. The startling development of nausea and loss of strength feels like a failure in the blood sugar, although there is no scientific proof to back up this idea.

The munchies are another manifestation triggered by smoking excessive weed. Although this effect is relatively average if you also consume the weed on average, the enormous Pacman will immediately supersede if you become super baked.

This effect is also triggered by THC. One of the processes this cannabinoid provokes the appetite is by turning us to be more perceptive to the smell of foods. Considering that the taste and scent are closely linked to each other, it is likely for the food to taste better if you get high.

Another scientific discovery of the THC and appetite baffling includes the synergy of THC with the cannabinoid receptors. These specific receptors are seen in the portion of the brain known as the nucleus accumbens, which heightens the production of dopamine, a neurotransmitter accountable in the perception of pleasure.

Lastly, THC collaborates with similar kinds of receptors in the region of the hypothalamus. Hence, it results in the production of hormone ghrelin – the one that encourages hunger.

A drop of blood sugar

Based on the recent research, weeds helps in controlling the levels of blood sugar. This helps combat type 2 diabetes and obesity. Nevertheless, new consumers who do not normally smoke huge amounts of weed may feel “green-out”.

Green-out is defined by overall weakness, pale skin, momentary loss of sensibility, and nausea. If you smoke too much weed, it would be helpful if you take liquids that contain abundant sugars, or you may consider getting a small number of your preferred snacks. This will grant you the necessary energy so you can recover your consciousness by repairing your blood sugar.

Luckily, green-outs do not stay long. Hence, they cannot make an essential difficulty for the body.

Although there is a study that supports claims that weeds can help in treating depression, PTSD, and anxiety, exhilaration with weeds may result in heightened paranoia and anxiety. The astounding effect of THC on the brain will subside as you start to establish your adaptability to weeds. Nevertheless, the manifestations may become lingering for some smokers. In turn, paranoia is powerfully related to an increase of occurring depressing attitude coupled with poor self-esteem.

If you feel apprehensive after smoking cannabis, do not allow your mental state to govern you. Try to relax and find an environment where you find stress-free. And if you know someone nearby whom you consider your friend, then that would be better.

If you go through chronic paranoia after smoking excessive weed, lower the consistency, and check whether it works in alleviating anxiety.

Although weeds are seen to be a significant treatment for tremor-triggering diseases like Parkinson’s disease and multiple sclerosis, some people claim that the consumption of weeds brought them tremors.

Although there are no formal researches about it, there are plenty of unscientific proofs to back it up. The possible reasons that contribute to this happening are the provoking THC effects on the main nervous system, or through the interaction with the signaling system of dopaminergic.

The best thing to do if you experience tremors or shakiness after smoking excessive smoke is to relax and breathe. Simply wait for the manifestation to subside, and next time consume a lesser amount of weed.

If you happen to smoke a high amount of weed before undertaking in memory-related works, let it be clear that there is a high possibility that you find these works impossible to do, or it may take a lot longer for you to deliver it. Although this happening is not persistent and will only manifest if you over flicker, excessive THC may also reduce your motivation and desire in many works and tasks as well as on your daily activities. Finally, weeds can worsen the manifestations of schizophrenia.

To avoid putting yourself into this sub-optimal and lethargic state, simply maintain an average consumption of THC, and you are likely to do well.

What happens if you smoke too much weed? If you want to save yourself from the possible effects of smoking excessive weed, you should know the basic things about what to under these circumstances.

First, learn to compose yourself. You must not get panic. Whether it is a drop in your blood sugar or anxiety, remember to keep calm and bear in mind that these manifestations are only momentary are will soon subside. Contemplating too much about how stoned you will lead you nowhere. Your situation can only crumble as you start to dig in these thoughts.

As for the effect of cottonmouth, it would be smart if you always bring with you a bottle of water. However, in intense cases, get a nice lemonade to conquer the cottonmouth conclusively. You may indulge in consuming the best burger or a big slice of pizza; however, remember that over-pampering in food will contribute more weight to the body rather than giving you good value. This leads us to the ultimate conclusion, which says that to inhibit all the above manifestations from happening, simply consume what is enough.