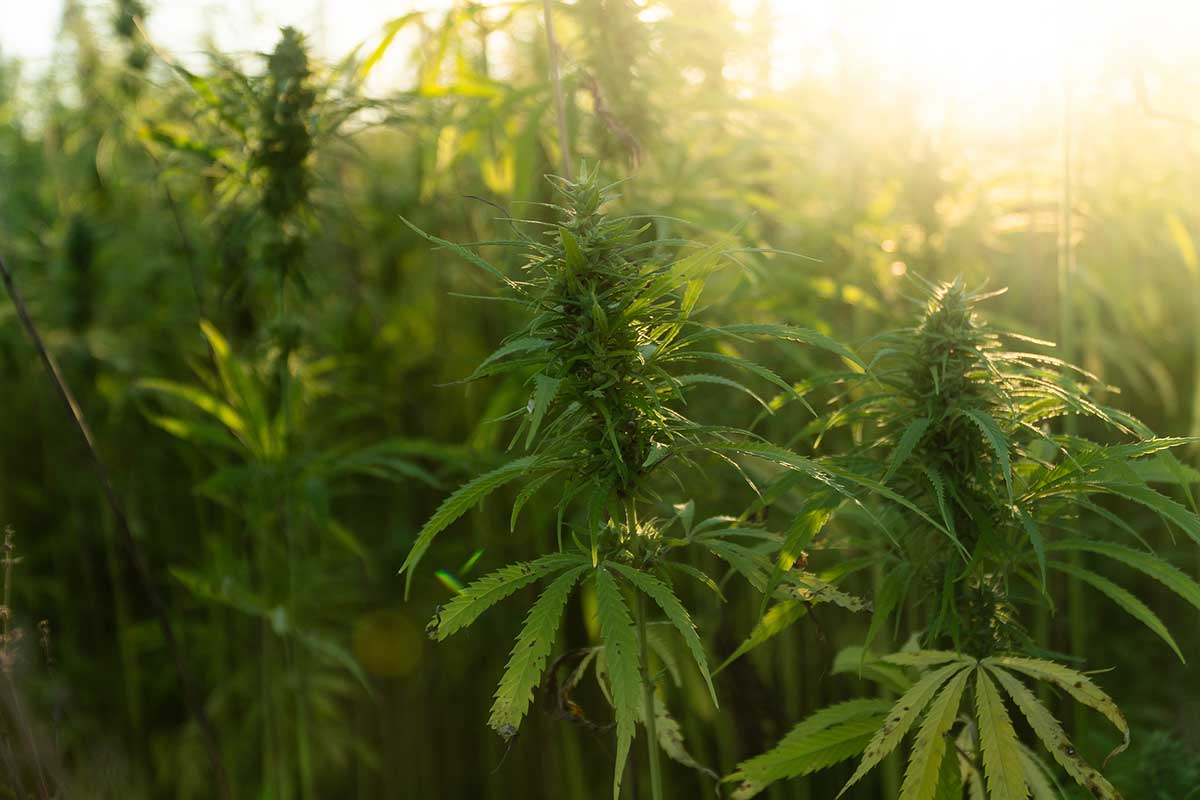 If you are being entertained searching for native growing herbs, then you may think where the weed grows in wild nature. Cannabis specialists agree that the weed initiates from the South Central in Asia, and with human involvement, the weed plants easily advance effectively in every land in the whole world. In time, wild marijuana strains that take from the root in different regions and landrace accommodate to be able to grow in various climate areas. Up to this day, there are still a lot of marijuana strains that grow wild within almost all types of climates.

In this post, you’ll learn where cannabis tends to grow naturally, which serves as your reference when growing varying cannabis strains.

It is still essential to keep in mind that even the cannabis weed can grow naturally as a sun-loving plant; every variation is still required to consider, such as the altitude, latitude, and humidity level that it needs. This means that most marijuana plants have been really a result of human intervention rather than being actually growing itself naturally.

The type of marijuana that grows in the wild is called the “ditch weed” or wild marijuana that commonly grows inside of the roads. It is usually a small and bushy kind of plant that does not definitely contain a high amount of THC levels. But this is not to say that those who have high THC content weed are not growing in the wild; it is likely a situation that before it reaches its maturity, it may be eaten by a deer in the wild.

Where You Probably Discover Cannabis in the Wild?

Mostly, you can absolutely say that there is a probability that there is a wild cannabis plant growing in the whole world. Most of them live unrecognizable because they grow a smaller but bushier type of plant. However, there is a definite place such as for marijuana plants to grow in certain areas of the whole world, especially when the climate allows the plant to grow sturdy with a quick period. Such areas that are under a warm and more tropical type of climate are where the weed grows most.

There are also known about the huge field in which the weed is germinating right, left and center in parts of Mexico and Jamaica. In Jamaica, marijuana is considered a huge part of their culture. It is even available every time, and the laws in Jamaica also begin to get along with it. In these two parts of the world, their humidity, as well as the heat, is something that has to be commonly thrown into the field, and you can assure that it will germinate into a marijuana plant.

The temperate areas are where you find cannabis weed that requires more temperate weather in order for them to flourish in the wild area. Cannabis strains such as Lebanese Red and the Swazi Gold that grow in temperate areas that have warm but considered to be not too hot like the Mediterranean climate.

The humidity, heat, and even the rainfall consistency in tropical climates such as in rainforest and savannas are very suitable for most kinds of marijuana plants to possibly grow in the wild. The extreme sunlight exposure and moderate winter may offer the strain having an ideal condition during the long growing period.

This type of area is commonly identified by having a natural hot, wet and cold summer, dry winters, and more described with the definite large parts of water such as seas and oceans. The Marijuana strains that grow within these wild part areas have already adapted to become tolerable in distinctive weather conditions for the whole year. Examples of strains that grow with these continental types of areas are the Nepalese Landrace and the Swiss Sativa.

The marijuana strains that can be able to grow in dry areas must also deal with the extreme temperature changes from day and night temperature differences. Dry areas refer to the deserts and broad areas that also give rise to strong and famous cannabis strains Afghani or the Afghanistan landrace and the Sinai that are known to flourish in dry and sometimes windy climate conditions.

The Possibility that there is wild marijuana growing anywhere is not a concern about where you live in this world. It is also less likely that it grows in parks of commonplaces than in the mountain areas. However, marijuana plants mostly grow in different parts of Asia, the USA, and Africa. So, when is the best time to look for weed in the wild? Those who have tried cultivating outdoors may already know that most of the marijuana plants are usually flowering during the autumn season. And definitely, wild marijuana plants do not require to make its flower time due to the predators that may possibly eat it.

If you dominate to look for a small weed that is still alive during the fall season, then it is the ideal time to go and find the weed in the wild. Within the autumn season, when the marijuana begins to appear, its flowers then turn into compact buds growers may entice to pick it. When you are just walking in the street and looking for a marijuana plant that grows naturally is an uncommon event belief for most people.

These days, most marijuana strains will be grown in farms, and those marijuana plants that are seen growing in the wild are sometimes considered as hemp plants. So if you are walking in the field and see a marijuana growing plant, it may not be in the wild. There are also places that illegally raise marijuana as they plant it along with other plants naturally. Beware if you are planning to go out and look for a marijuana plant. It may possibly cause you into trouble, especially if you cut them down without knowing that it is about illegal operations.