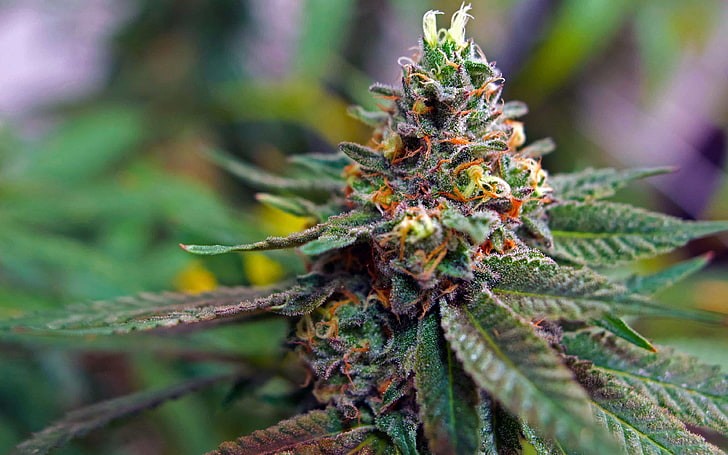 Cannabis strains have been known for elevating creativity effects. Most people have used marijuana to help boost their creativity for a long time, and it is even used for taking away from mental depression. These days, there are many available cannabis strains or best weed for creativity that sell in the market that promise to bring out one’s creativity.

This cannabis strain contains pure Sativa that originated from the City of Durban in South Africa. It was first conducted in America during the year of1970. Since the time that it first came, it has been favored by most consumers.

It’s a legendary marijuana strain due to its sweet fragrance that comes up with an energetic, uplifting effect. It is not just the creativity that it offers, but also it helps you keep focus and make you become productive as you work on your daily jobs.

Like the taste of the licorice, Durban Poison also offers a very distinctive flavor. This weed is popular for being the most energizing strains all over the world, makes it very suitable to use for a long day.

Kali Mist is a cannabis strain that not only stimulates enormous energy but also it boosts your imagination to inspire you to become creative. It is mostly Sativa that comes up with a ratio around 90:10.

Kali Mist users may expect to experience energy rush, happiness, as well as creativity. This cannabis strain is known to lessen pains and is highly recommended for women to relieve menstrual pain. This weed is commonly used as meditation and Yoga as it keeps the user to stay focused.

Sour Diesel contains 90 percent of Sativa level that originally from California. It is known as the best choice among celebrities looking for an extra boost of creativity. Having a low Indica level helps you keep alert and always ready for your daily work. Sour Diesel is also considered one of the most powerful strains that have a great fragrance that you cannot be mistaken as another strain.

LSD is a cannabis strain that is popular for having a special helpful effect for taking away the barriers for your creative skills. Most users describe it for having a distinctive feature to inspire someone with a trippy high of fuel and massive amounts of creativity.

Compared to most cannabis strains, LSD has more content of Indica than Sativa that makes someone calm and relieves those having anxiety. It is also known as medicinal use to aid someone having insomnia, depression, and common stress.

For those who are actually not smokers, you can consume the Chemdawg with extra care. Having 15 to 20 percent of THC content makes this cannabis strain become strong euphoria with a unique diesel-like fragrance that can even smell from a mile away. It has mostly Indica content that offers a great relaxing quality than more Sativa strains. Most who have experience in using it describe it as having a great cerebral effect that is followed by creativity feeling right after consuming.

Don’t ever deceive by its name as it is commonly known to aid when it comes to your productivity effect rather than makes you forget. Having mostly Sativa content makes it ideal for keeping you feeling energized as you bend those creativity muscles that you may bring out. The Amnesia Haze already experienced winning twice in Cannabis Cup, making it a sought-after cannabis strain in coffee shops.

Amnesia Haze is one of the best weed for creativity. It has a sweet lemon scent that adds extra specialty while making your mind stay focused on your daily doings. Aside from that, it is also known for relieving anxiety as it makes you even happier, energized, and also creative.

Space Queen is the parent of Jillybean and the child of two great strains: Romulan and Cinderella 99. It is mostly Sativa cannabis hybrid that unexpectedly offers a strong and Sativa-like euphoric high; then, it is followed to be smooth with a great artistic effect that is described by most who consume it. Space Queen is popular for making the users feel relaxed and happy, and it is also ideal as an aid for depression, pain as well as insomnia.

Jack Herer is an award-winning cannabis hybrid that was created as a tribute to the famous marijuana activist named Jack Herer. This weed is popular for making every user feel great while still being able to stay focused on creative works.

Jack Herer exists after blending the Shiva Skunk and NL#5 with another Haze hybrid. It was created to catch the elevating cerebral with the help of Sativa strains while acquiring its huge resinous production. Having mostly Sativa hybrid will definitely leave you with clear-headed high while you are busy creating work.

Blue Dream is mostly a Sativa hybrid that comes after mixing the Blueberry and the Haze. It was originally born in California, and it is known for having two different levels high, which is the Sativa hits first then followed by an extreme relaxing high as the second level.

Blue Dream is also known to aid different pains such as nausea, depression, and chronic pains. It prefers using in the day time as it keeps you busy while creating different ideas. It is one of the great creations providing cannabis strain.

Even though its name sounds like it absolutely gives an intense, hard-hitting feeling, it is definitely not as it is a cannabis hybrid known for providing a calming effect while making you good for a creative venture.  It is mostly Sativa that is very reliable, like its namesake.

Users described it as providing a long-lasting boosting effect that allows your mind to stroll while still focusing on being creative in all given tasks. You don’t have to worry about couch-lock experience as it still maintains you to be alert even when you are in social gatherings.

The above-mentioned cannabis strains are highly recommended if you’re seeking for creativity. These marijuana strains are great for singers, artists, and anyone who wants to show creativity in any way. Get your best weed for creativity online to benefit from it today!