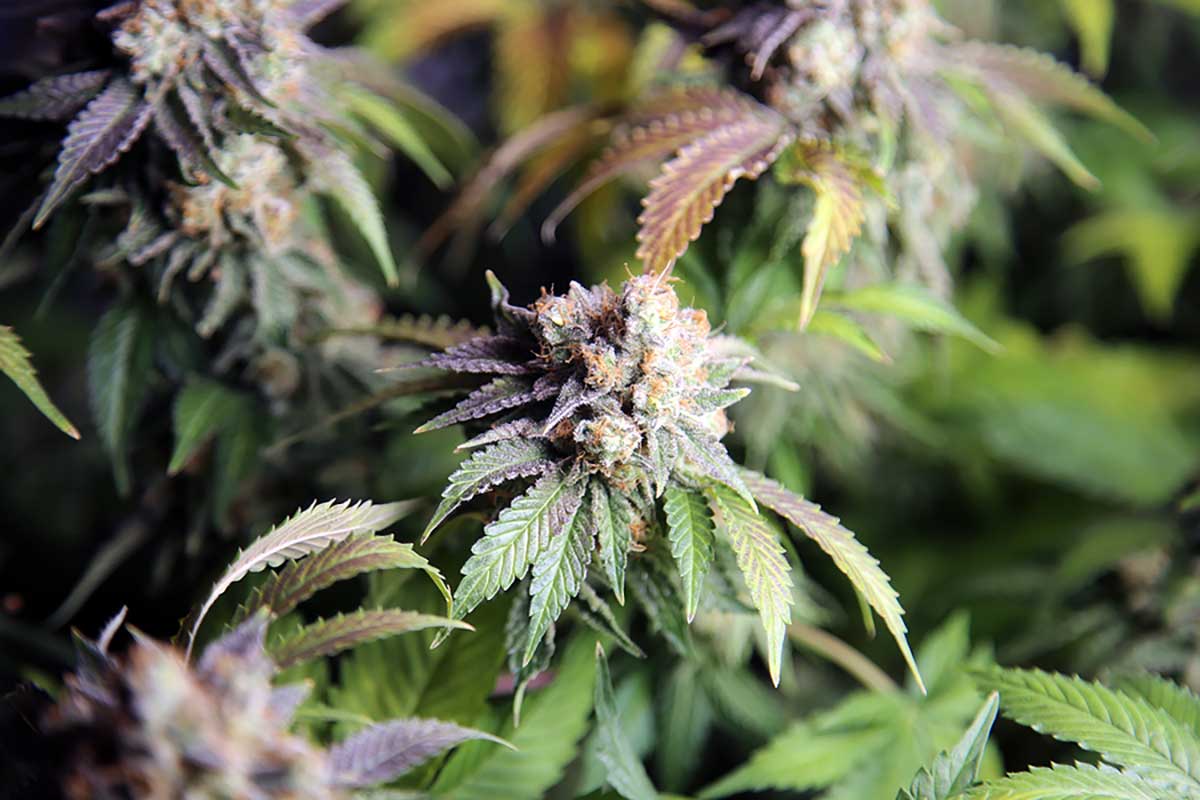 If you are planning to breed marijuana strain, then a perfect match of the male marijuana plant is the main key. However, when trying to cultivate marijuana plants, female sex is all it is about. When growing, female sex is not often assured of having; unless you bought some feminized seeds from the renowned seed bank, then there are higher chances of producing one. But for regular seeds of marijuana, it is close to impossible to produce female sex. About seventy-five percent of the plants will turn into males.

It would be impossible to identify whether a seed will turn into male or female when grown even as a young plant. Although it can be identified by observing its height characteristics, however, it would not be easy as a piece of cake to recognize the sex of marijuana plants during their vegetative growth.

However, there could be possible means to get female sex from a regular marijuana seed, which involves the environmental factors and the process of growing them. Below, we have listed complete ways and guidelines for achieving this goal. Browse below to comprehend further.

How to Determine Male From Female?

To easily identify female marijuana plants from males, it is best to observe its flowers. Both sexes produce flowers; however, the only thing that differs females from the male is the blooming period of it. Generally, male plants will likely bloom ahead of the female.

Naturally, flowers of female plants have white color, and it burst open to transform into varieties of colors like cream, yellow, or white. It also has hairs that function to trap the pollen from the male. Stigmas can be found in the main stalk’s nodes.

Male plants are characterized by straight growth and typically do not produce many flowers compared to the female plants. The top of male plants is the natural location of its flowers. They also have a central area that has a shape similar to a petal. It resembles a banana clustered together. They are called false buds because they are marijuana buds but rather its pollen sacs.

How to Get Female Marijuana Plants From A Regular Seed

To increase the number of male plants compared to the female plants, it is crucial to stabilize the environment. When seeds are undergoing germination, it is essential that the temperature is controlled. There should be fewer or no fluctuations in temperature during these times as much as possible. Fluctuations can cause the seeds to become stress, and hence, it may cause the increasing number of male to female ratio.

The regulation of temperature is a crucial requirement needed for the growth of plants and any types of plants in general. Also, photoperiod mus start and end each day similarly. Light pollution can also cause an interruption in the cycle of the plants throughout the night. The instability of the mixture in nutrients provides a higher likelihood of male growth chances.

It is a guilty pleasure that some growers tend to do to make the whole process faster, and that is increasing the exposure of the plants for twenty-four hours lighting schedule within the vegetative stage. Although this technique can be effective in increasing the growth of plants faster, it only helps to generate more male development of the plants.

To achieve a higher likelihood of female production of your plants, the best lighting schedule you can provide is a photoperiod of 18/6 day tonight. The reduction of sixteen hours photoperiod heightened the capacity of the plants to produce more females. To further reduce the chances of male ratio compared to the female, reduction of photoperiod to fourteen and a half lighting is highly recommended.

It is true this lighting schedule can slow the growth and development of the plant in the vegetative period; however, it increases the chances of female production reaching up to seventy to a hundred percent. If you are using an expensive seed, give an additional vegetative week to acquire the best result. At this moment, patience is more likely needed because of the slow process; however, it is a better scenario compared to throwing almost half of the plants because of the abundance of males.

The usage of the blue light spectrum while the plants are on the vegetative period helps in promoting more efficient growth and development. The exposure of blue light or white light is essential during this stage as it helps in the overall quality and process of the plants. Do not use lights with tints of red or purple, because these types of lights are better used during the flowering period.

The best lighting during the vegetative growth is a metal halide light. It is great because it possesses a blue biased spectrum and can copy the light during the summer season very efficiently, which can provide the most natural and authentic photoperiod for the marijuana plants.

When you reach the flowering period, you can transition into a 12/12 photoperiod and use a higher pressure of light made from sodium, preferably. It has a red biased spectrum and likewise copies the natural shifting of the season from summer to autumn.

For marijuana plants, the consumption of higher levels of nitrogen happens during the vegetative stage of the plants. Therefore, it is important to sustain its needs by providing a larger amount of nitrogen, while potassium intake should be minimized.

In this way, you can increase the higher chances of obtaining a more female ratio than males. If provided with nutrients abundant in potassium, the higher likelihood that you can produce male plants at this very early stage.

Increase Level of Humidity in Soil And Air

The stabilized condition of the humidity during the germination stage up to the vegetative stage will provide growers a higher chance of obtaining more female development. Also, a regular and consistent routine in the watering can also help in regulating the moisture within the growing area, which promotes both the soil and air to get exposed to moisture, a crucial way to enhance the number of female plants.

For the young plants, it requires to have a minimum of 80% RH level, which can be achieved simply during the earlier stage of the plants. It is essential to maintain the moisture of the growing area and avoid getting it too dry. In this way, you are discouraging the growth of male plants.

During the pubescent stage of the plants, maintain a 70% RH humidity level. For s more accurate information, you may use an instrument that can help in measuring the humidity level like hygrometer. You may opt for a humidifier or a dehumidifier for the proper regulation of the humidity within the growing area. Do not try to overwater or overly dry the plants because it can increase the likelihood of male development.

During the flowering stage, you can reduce the level of humidity to around forty to fifty percent and do not reduce it further, even just one level. With this, you are reducing the occurrence of stress, which can provide other problems apart from developing males. At this point, though, the sex of your plants is already stabilized if the vegetative stage was regulated properly.

With the right and proper following of the guidelines above, you can reduce the possibility of developing male plants. If not, it can cause stress on your plants, which are the main enemy of the growth and development of marijuana plants. When a plant is in great stress during this time, the higher chances that the plant will develop males and pollinate more.

When growing indoor, the growers have more control over the plants and the environment it is around. Hence, the lesser chance of stress can occur. Resulting in a more productive female development, and more buds to be harvested in the future.

Maintaining and securing that the higher likelihood of female development on your crops involves tremendous efforts and time to spend. It involves a lot of work, especially when you are a beginner grower who is new to humidity, nutrients, and water regulations. However, the effort will not be put into waste because the harvest will be much favorable for you.