10 Colorful Weed and How to Grow Them 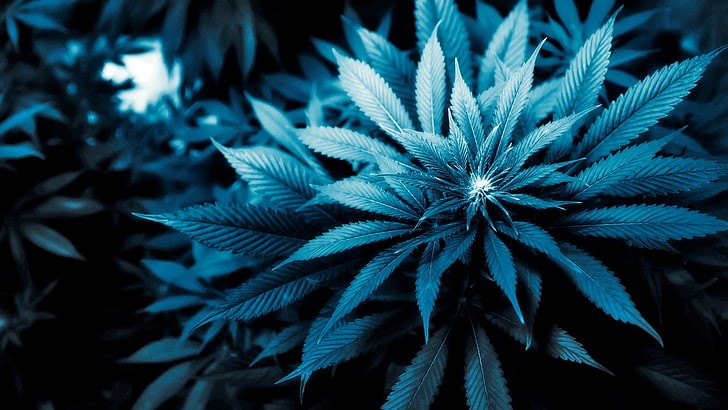 The variety of available weeds in the market which mostly differ in terms of taste, potency, quality, and effects. However, the appearance of weed will never fail to impress the connoisseurs.

There are strains that grow vibrantly and colorful as compared to the usual green and subtle red and yellow hues. Due to the promising and attractive appearance, these types of colorful weed are falsely characterized as more potent than others with less color.

In this article, we are going to discuss the scientific reason why some weeds are colorful, and others are not. We will also identify a few colorful weeds and what are the proper ways to grow them according to their standards.

Parts of Weed that Produce Colors

Calyxes are parts of weed that make up the buds. Each bud has numerous amount of calyxes, and it is the primary responsibility for the bud’s coloration. Generally, the higher the number of calyxes, the more it produces colorful weed. It even makes it extremely vibrant and attractive.

There are times that will change color while leaving the buds in its original hue. This changes will result in a beautiful and fascinating looking colorful weed plant. This is possible, though, due to temperatures at night. Leaves are highly sensitive when exposed to the low levels of temperature during the night and could turn them into purple, for instance. Meanwhile, the parts that are not exposed will remain with its natural color.

For most growers with expert skills, they utilize trichomes as determinants if the buds are ready for harvest. Trichomes, when it reached its highest THC Level, its color will change into a yellow or amber color. Though it happens rarely, it can even change into colors purple or pink, making it complicated for growers to identify whether to harvest or not.

One of the parts that make colorful weed is the pistil; this is the hair of the weed. If you notice hairs that changed to orange or pink colors gradually as weed reaches maturity, these are the pistils. Even when buds are harvested and dried, pistils will retain their color.

Colorful weed will never be achieved as long as the weed itself is not capable of producing colors. The flavonoid named anthocyanins is the main responsible of displaying fascinating colors of the weed. It generates colors like purple, blue and other pigments. Apart from colorful weed, the anthocyanins are also present in Blueberries or red cabbages.

This type of colorful weed is highly composed of carotenoids, the primary reason for the bright and vibrant orange and yellow colors of weed. Carotenoids are also helpful in producing vitamin A that human needs for better eyesight and growth.

All types of green plants comprised of carotenoids, yet these are coated with chlorophyll; hence, they are not visible until the plant reaches the last stage of growth, and chlorophyll is lessened in production.

To boost the color of weed, a better thing to do is enhance the plant’s pH level a few weeks before the flowering period ends. You can likewise add worm casting to the soil for better soil quality.

There are specific phenotypes generate by the genetic makeup of the colorful weed itself. These are often visible during the period of flowering. This type of weed is very rare to find.

To achieve this type of color for your plant, reducing the degree of temperature and decreasing the amount of light given at the ongoing flowering phase of the weed. The reduction of phosphorus level will help as well a few weeks before the weeds are harvested. However, be extra careful because if you reduce the amount of phosphorus too early, you may deprive your colorful weed of the essential nutrient.

To achieve this kind of color for your weed, there is much risk to take on. The primary way to make this possible is to reduce the temperature during the night around 50 degrees.

This is considered extremely risky because if the procedure failed, the plant would be in extreme shock. Also, if the required temperature level is higher than what is needed, it can result in the red shade rather than the color goal of black.

Originated from the West Coast, this renowned strain of cannabis is a fascinating colorful weed that thrives and develops extremely fast. This weed is highly resinous and comprised of an insanely high THC level. They start to show black color when it reaches the end of the flowering period.

Growing this type of weed requires standard provisions of requirements and nutrients. However, dropping the degree of temperature during the night is the best way to emphasize its back hue.

This colorful weed also provides a stunning look, emphasizing its cola and flowers. With an ambiguous background and mysterious parent lineage, this amazing colorful weed requires the sun when growing as it has a variety of sativa. The weed loves carbon dioxide, required for its optimal growth and development.

This is a colorful weed with a head-turning appealing appearance. It has hairs that are in vibrant red, with resemblance with fire. The buds have an extremely striking appearance. Despite having a fascinating look, the colorful weed has a very long phase of flowering yet produces very limited output. With standard guidelines in cultivation, the strain will generate buds that deliver energizing high.

Black Beauty is a colorful weed that has a color of black with shades of violet. This is considered as one of rarest attractive strains in the market, and regardless of having a dark color, it shines through. With an amazing sweet taste and diesel aroma, this strain is highly composed of THCV that is beneficial for therapeutic purposes. It can be grown indoors, and outdoor areas with sunny or Mediterranean climate will provide an optimal environmental condition for the weed.

This list of colorful weed is not authentic and complete without the presence of Rainbow Kush. From the crossbreeding of Blueberry and Dancehall strains, the offspring has the boldness of colors with full colors visibly identified. Apart from its colorful appearance, it provides tropical tones of taste and smell. It has stunning high that radiates euphoria.

Cultivating it will be very easy and should be ready for harvest within nine weeks. It will sustain and thrive both outdoor and indoor areas and perform well using the Sea of Green technique.

This colorful weed was not termed gold for anything. The golden hue of this strain does not only provide for attraction but it also potent in generating pleasant high that keeps you functioning all day. Growing the Acapulco Gold is achievable in both indoor and outdoor locations. The flowering period typically lasts up to seventy days. It loves to be under a hot or sub-tropical environment.

From the crossbreeding of Pakistani Kush and Green Poison, the Red Poison Auto is a very attractive plant that has a mixture of red and purple hues both occur on leaves and flowers. This strain is very simple to cultivate and could reach up to 120 centimeters when under climate.

A crossbreed of Mendocino Purps strain and Trainwreck strain resulted in this weed with a misleading name. The strain is a colorful weed, indeed, but it does not produce purple hues. It thrives into a short sized weed with amazing sturdy structure. The cultivating process of the strain is relatively easy, and it loves to thrive in soil.

This colorful weed has intense color inherited from its parents Big Devil XL and ruderalis strain. It grows vigorously and develops into a medium-sized weed. It produces black and purple mixture buds that require the only a favorable condition of growing area for it to flourish. It will be ready for harvest until nine weeks of the flowering period, both indoor and outdoor

This colorful weed produces an attractive black color. The buds are filled with calyxes; the plant will grow vigorously loaded with buds that are in large sizes. The Black Diesel will need around nine to ten weeks flowering time, and by the end, it will generate the pleasant smell of Grapefruit. They are best grown outdoors; the strain will expect a harvest on the verge of October. It has no special attention needed, just a favorable climate, preferably warm.

We are very fortunate that colorful weed continues to grow and become abundant in the market, as growers are inclined to cultivate potent weed with amazing exterior presentations. For growers, their cultivation is a form of art with the output as their masterpiece.