The 66 Funny Names for Weed 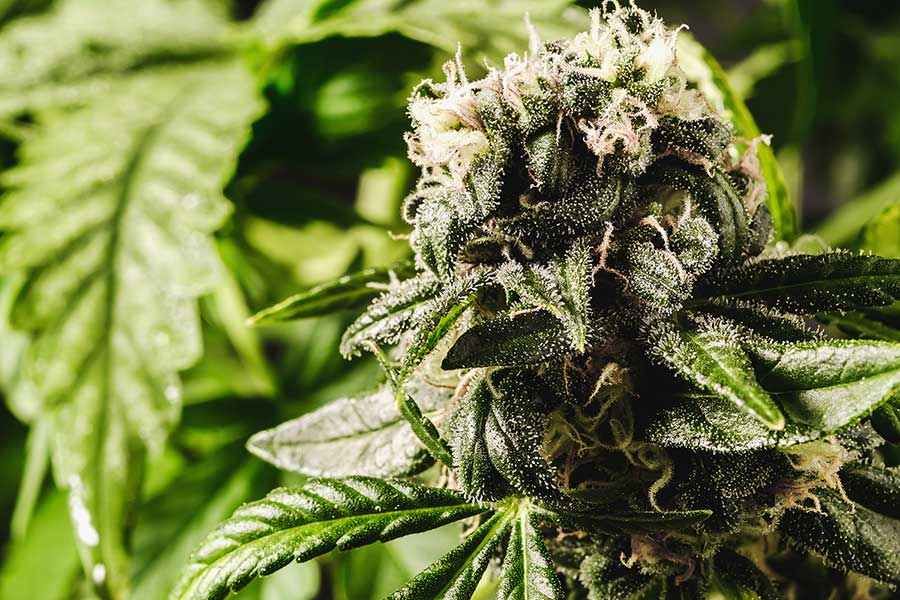 Weed users may be described by people around as lazy due to its usual sedating effects when consumed. Despite being called such, there is one area that users excelled there weed consumption, and that is looking for names of their precious marijuana.

As others described it as weed puns, there are a tremendous number of weed synonyms that you have not heard or may but didn’t know it was meant for weed. In this article, we have compiled various funny names for weed to give you a good laugh.

Why do people use funny names for weed?

Provided that weeds, in general, are still illegal in most cities, regions, and countries, people have used alternate names for weed to escape or deter the attention of law authorities. At the same time, others just simply want to make something hilarious out of weed.

For so many years and regardless of the gradual acceptance of weed in the limelight, it still a crucial topic and covered with controversial issues up to this day. Despite being illegal in federal law, weed has shown great potential in therapeutic capacities that benefit people with mild to serious problems on health.

Although it can cause effects on users’ perceptions and senses, they are still described by many to be harmless. Due to its widespread popularity has gained quite a long list of names and even funny names for weed. Given that weed has been utilized back in the history of mankind, you can imagine how numerous names have been given to weed, and they seem to continue until today.

These funny names for weed are even characterized according to culture, age group, and country. However, these terminologies do not necessarily emphasize the illegality of weed; instead, they were created to have simply had fun.

Here is the list of 66 funny names for weed.

1. “Airplane” – One of the funny names for weed, this term describes the capacity of weed to get people high, similar to airplanes that soar above the sky.

2. “Amnesia” – this funny name for weed is evident because it can temporarily cause forgetfulness when weed is consumed.

3. “Climb” – this term used can be illicit the psychoactive effects of weed that could make users feel high and climbing.

4. “Doobie” – provided that some weed can make the user feel sedated, they look dumb and senseless. Hence, the term was created to describe like a person is dull or stupid.

5. “Good Giggles” – one of the funny names for weed; this is understandable given that giggle is part of weed’s effects.

6. “Houdini” – this term simply suggest an escape from reality

7. “Reefer” – this funny name for weed is a slang from Mexico, which describe as frizzy or tangled hair, which is the effect of weed on the user’s mind. Originally, it was Grifo, until it became greefo, before coming up to reefer.

8. “Spliff” – the origin of these funny names for weed originated from two side stories. One is from the word spiflicate, and the other came from the mixture of words from stifling and suffocating.

9. “Alfalfa” – this term is a slang that means money, beard, and tobacco

10. “Asparagus” used this term to characterize the green color of weed, similar to broccoli and turnips.

11. “Christmas Tree” – included in the list of funny names for weed-refers to the undesirable twigs in marijuana buds.

12. “Mother” – this name was utilized to emphasize the natural and organic beauty of weed, similar to mother nature.

13. “Aunt Mary” – one of the funny names for weed, this originated from the popular term Mary Jane.

15. “Dona Juanita” – this is Spanish slang that was derived from the name Lady Jane.

16. “Muggle” – one of the funny names for weed, the origin of this term is unknown, yet this was referred to weed users back in the year 1920.

17. “Rainy Day Woman” was derived from a song of the same title sung by Bob Dylan. One line that captured the ears of weed users was about getting high.

18. “Thirteen” – the letter M from the word marijuana is the thirteenth letter in the alphabet.

19. “Kryptonite” – just like Superman’s weakness on kryptonite where this idea derived from because when users consumed weed, their knees feel weak and locked in the couch.

20. “Gungun” – one of the funny names for weed is this Star Wars-derived name referring to the aliens with tones in talking like they are high.

21. “JuJu” – this name was derived from the myths of Haiti that describes the effects and qualities of weed to be magical.

22. “Alligator Cigarette” – included in the list of funny names for weed, this name is simply describing alligators’ slow movements and speed, which typically the effects on weed users.

23. “Bag of Bones” – this name is referred to as numerous cigarettes of weed.

24. “Stogie” – this name originated from the slang term for a cigar, which then used later for weed with a large size similar to a cigar

25. “Cabbage” – these funny names for weed could mean to things. One is coined for buds with low quality, and the other is used to describe weed buds with a resemblance to cabbage look.

27. “Chronic” – from the name itself, it suggests the strong effects weed can provide.

28. “Dank” – this name suggests an unpleasant smell and is often used to describe things with such a smell. People have begun to call weed dank due to its dank smell.

29. “Nixon” – this name derived from a president and suggested an expensive weed with poor quality.

30. “Alice B. Toklas” – one of the funny names for weed is the name of the person itself. She became famous for making recipes for pot brownies.

31. “AstroTurf” – simply because the weed can make you feel high in space.

32. “Atshitshi” – from the etymology of Japan, one of the funny names for weed is commonly termed for the premium quality of weed.

33. “Awesauge” – this name suggests that the weed is of good quality and could put you in a slurring speech effect.

34. “Baby or Baby Green” – this is another funny name for weed. This implies that the weed was harvested at an early stage.

35. “Bad Seed” – the name describes a weed that can have a harmful effect.

36. Bammy” – this term is another name for Boom with subtle implications to sound very cute.

37. Beedies” – this was derived from India and used to describe weed smoked with mixtures of other elements like tobacco.

38. “Blanket” – this is one of the funny names for weed that implies its usual effects that could induce like a warm blanket comfort and put you into sleep.

39. “Bo-Bo or Bobo Bush” – this is another funny name for weed to use when allowing your friends to realize you have some weed ready to share.

40. “Bomber” – the name describes the effects of weed that could potentially bomb your entire body and mind.

41. “Boom” – this name is also describing the effects of weed that could cause a massive explosion of your senses and cognitive.

42. “Broccoli” – this term was derived from the appearance of weed buds with its resemblance to broccoli.

43. “Cheeba” – this term is named after a type of weed with black Brazilian characteristics and has a sticky feeling when touched.

44. “China Eyed” – this is one of the funny names for weed which is described to be racist as it refers to the eyes of Chinese people with similar characteristics of weed users’ droopy eyes when high.

45. “Cripple” – the capacity of weed to eliminate your ability to walk when high was the origin of the name.

47. “Left-hand Cigarettes” – back in the days, tobacco smokers are often described as using their right hands in smoking. So, they named the weed as left-hand cigarettes to contrast with them.

48. “Magic Dragon” – this was an old name created in the late ‘60s, where people describe the effects of weed to make users see things magical, including dragons.

50. “Green Goddess” – the name suggests that weed can affect the spiritual side of humans that put them in hypnosis.

51. “Jay” – this is one of the funny names for weed that is very popular with people. It is derived from the famous phrase.

52. “Kermit” – Obviously, this is from the famous Muppet named Kermit with green color and has a similar weed color.

54. “Pac Man” – this is the term used for people who smoke extremely high weed.

55. “Queen Anne’s lace” – this is often used to give a classy name to smoking weed.

56. “Rabbit-Hole” – this was derived from the work of Lewis Carrol.

57. “Sticky Icky” – This was created to describe weed that is fleshy harvest and well-grown; they feel sticky when touched.

58. “Yellow Submarine” – from the famous song for The Beatles with the same title.

59. “Ear Wax” – this is the term used for a potent concentrated THC.

60. “Fatty” – this term is one of the funny names for weed, which was famous in the late 90s and referred to the joints that are generally thick compared to cigarettes made from tobacco.

61. “Grog” – this term was simply used to describe the groggy effect that weed will make you feel.

62. “Krispies” – this name is specifically referred to as a moist weed that smoked only through a bong or bowl.

63. “Ninja” – breeders created this name because it describes the effects of weed as it creeps the body and mind without noticing it.

64. “Roach” – this name was derived from the end of every joint after smoking. It has stuff that is similar to a cockroach.

65. “Yerba” – this referred to the weed with infused yerba tea.

66. “Straw” – one of the funny names for weed, this name was derived from joints rolled manually and resembled the narrow form of straw.

The list mentioned above of funny names for weed is very evident that there are numerous names and terms coined for weed, and most of them are hilarious. The names are created by chance but instead derived from their classification of the weed in terms of the plant, effects, resemblance, and many others.

Due to the abundance of funny names for weed and some serious ones, it seems like the necessity for its dictionary should be published to witness the long list of historical background and various cultures and countries that have utilized weed for recreational and medical usage.