How to Smoke Weed the Right Way 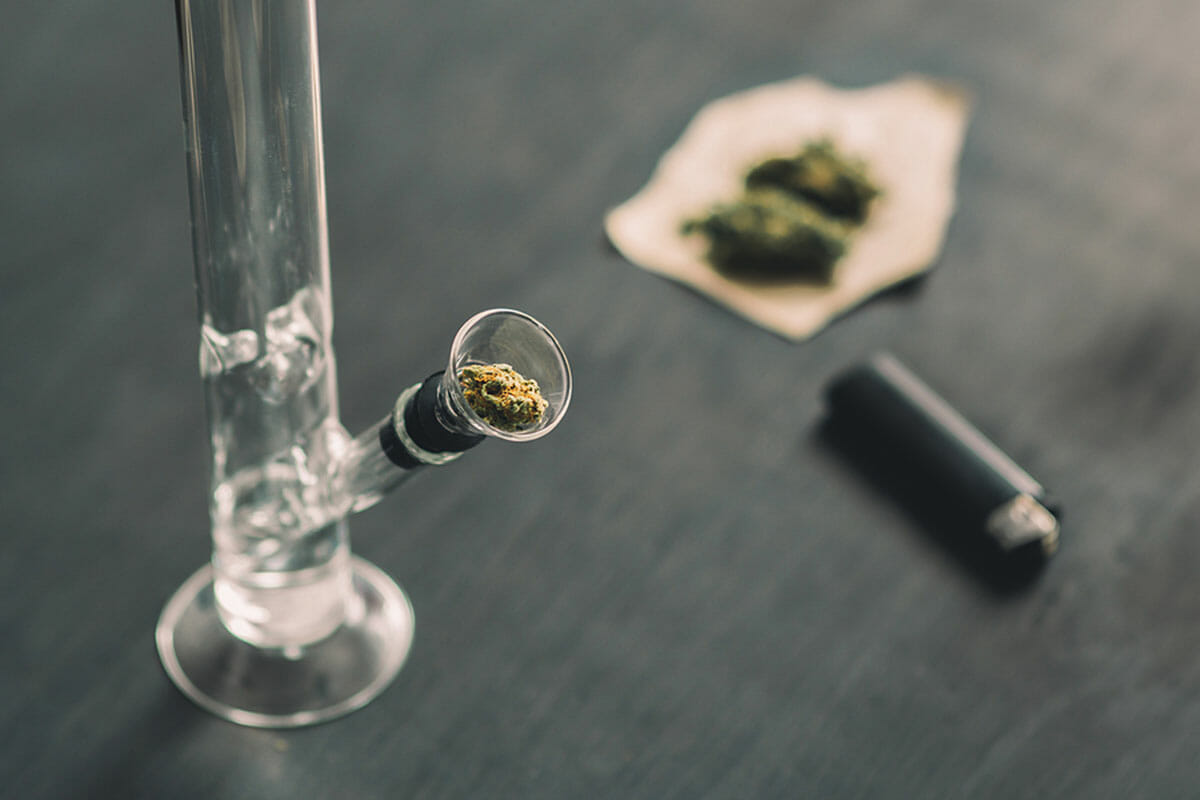 Smoking may mean, feel, and appear normal for most people and is even equivalent to breathing. There’s nothing rocket science about it. But for some beginners, it may not be the case; the more a person overthinks, the harder it will be even to try. But just like all things, it can be quickly learned once the basics are known and laid. The key lies in not overthinking about it, relaxing, and going with the flow of nature and the universe.

Learning how to smoke weed is as easy as breathing or any normal thing one does. It doesn’t require any heavy preparation. A clear mind and the right mood would be perfect for getting a drag of those. However, some people have a hard time smoking weed and are still learning how to smoke weed. True enough, the way a weed is smoked will determine how high one gets. If it is inhaled incorrectly, then there must be little to no effect on the smoker. However, when done right, it would be pure bliss. There are no reasons to be afraid, for there are tips and tricks to smoke it correctly and better.

Steps and Guide on how to smoke weed the right way

There are different selections you can choose from when smoking marijuana. From simple ones to the most famous varieties, you can never run out of anything to try. So, get to know these and make the most of your smoking marijuana experience.

The first trick on how to smoke weed is smoking joint marijuana. This is easy, accessible, and preferred by many because of the lesser hassle and greater convenience. Plus, you can roll a joint by yourself or buy pre-rolled joints available in the market. Rolling your joint is easy; all you need are shredded weeds and rolling papers. Rolling papers are accessible almost everywhere, so it won’t be an issue. However, the problem is your skill level when rolling a joint if you prefer to make your joint. A poorly rolled joint is equivalent to wasted weeds. The basic instructions on moving a joint must be practiced for this one.

Smoking a joint is straightforward and has immediate effects. Start with a nicely and slowly, while inhaling all into your lungs. Avoid smoking and overdoing it. Perhaps, an advantage of this joint is that it burns quickly, but that would be insignificant with the kind of effects it gives.

The second trick on how to smoke weed is smoking a blunt. Blunt is an emptied cigar wrap which if filled up with weeds. Some people like to use it directly when smoking weed because of the different flavors and the chance of being safe since it is hidden under a tobacco cover. It is also a perfect choice when you want to smoke more because it fills up more weeds than joints can. Besides that, smoking blunts burn more slowly than smoking joints and will give a more powerful hit. However, the disadvantages of smoking blunt include a strong smell and an unhealthier choice because of tobacco, which causes addiction and even cancer.

The added method on how to smoke weed is through smoking a bong. Smoking a bong is suitable for those who don’t want a strong, distinct smell, unlike joints and blunts. However, smoking a bong is not ideal for beginners, as it can be cracked and intense. The first few hits will contain a high THC, which might be too hard for a beginner to handle. Smoking a bong use water.  The water makes the smoke cool and additionally purifies it. The dangerous substances from the weed’s smoke are sifted out. This means a decrease in the number of harmful toxins that may infiltrate the lungs.  To have a pleasant experience, make sure the bong you use is safe, clean, and free of any mold or even bacteria that are not only harmful but could as well cause any changes in the weed’s flavor.

One of the most accessible ways on how to smoke weed is smoking from a pipe. Pipes are small, easy to fit, and carry, which is best when you are always traveling and on the go. Aside from that, it’s also relatively easy to smoke a pipe. You need to make sure the weed is excellently fined and shredded well, so the burn is even.  It also requires extra attention when smoking, so you can’t swallow a toasted weed or have fired eyebrows. The fun thing is that pipes are accessible in various shapes, colors, and even styles. The coolest ones are the glow in the dark. The most popular ones are glass. It is also essential to know the pipe’s aftercare. Clogged and an unclean pipe can be dangerous and harmful. Use alcohol to clean them.  This way, you can get an excellent hit from a pipe.

Some Reminders – How to smoke weed the right way

If there are the right things to do, there could also be circumstances of doing wrong things. If you are afraid of coughing too much or having a burn sensation on the throat, there is no worry. There are helpful guides to make the experience worthwhile.

When inhaling, take slow and deep breaths. Smoke will go down the windpipe and will reach your lungs. You will feel the smoke envelopes your lungs. If you won’t, you need to breathe a bit deeper along with a bit of fish air and the smoke.  Holding it for quite a moment won’t give you any gain. It doesn’t even make you high. Just take a deep whiff, pause for a split second, and then gradually breathe out.

Some smokers even try swallowing the smoke. This is also an inefficient way of getting yourself high. Instead, you might get a stomachache, or it may cause you to vomit. The rule is simple: take a deep breath and inhale the smoke into your lungs, then expelled a breath out. It’s as simple as that.  Still, here are some lists to note why you don’t get the most significant hit when smoking weed.

One tale going around is that when smoking weed, the more you keep it within, the greater the hit is. Well, there is no meaningful science to back this up. So, instead of doing this, better prepare the essential. For example, keeping smoke in the mouth is not how to properly do it, but inhaling it until you feel it reaches your lungs.  Getting the smoke penetrating the lungs will help you get the decisive influence of the weed.  Take a whiff, and breathe it in, including an extra fresh air, then inhale it all in. The solution lies in breathing deeply enough.

First-time experiences can be different.

Some believe that since beginners can’t quite grasp the proper way on how to smoke weed, then they won’t get high. That would explain it. But for those who were able to breathe and inhale the smoke deeply enough, it might be a different case, even for a beginner. So, the chances of getting high will always depend on how you smoke the weed.

This is also one reminder always to know what kind of weed to smoke. If you want to get a relaxing feel at home or in a safe place, with your body feeling loose and mellow, the Indica strain is the answer. However, if you want to get into the mood of going outside and partying till your heart’s content, then the Sativa strain will do the trick. For beginners, an Indica is a perfect choice.

To keep your weed fresh and tasty for your next smoke, better keep them sealed and tight in a clean container and place it in a fresh and shaded place. This way, it will not get damaged or dried out. This is your reminder the next time you store your extra weeds.

Not making the most of the smoke devices.

To level up your marijuana smoking experience, there are smoke devices such as bongs, pipes, and even vaporizers that could take the experience to the next level. They are more accessible, more convenient, and efficient. So, try to play around with these devices the next time you go for a smoke.

Enjoyment is the mean purpose of taking and smoking weed. It is meant to contribute to the wants and desires of the one using it. However, similar to any other thing, there are also suggestions and fundamentals to maximize the experience. With all the encounters and studies available, smoking weed is made easy for more conforming consumption. Learning several ways on how to smoke weed the right way makes it all the difference. Not comprehending the basics could even be risky.

Though smoking marijuana is still illegal in most countries, medical marijuana is slowly getting attention from all medical experts and enthusiasts. Thus, these different ways on how to smoke weed the right way will not only make it easier to understand the power of weed but the power it has on its users also.

The next time you try to smoke one, it will be an upgraded experience with all the tools and basics you can find. With the leading technologies and devices available, smoking weed is an industry that strives, innovates, and develops.