Indica or Sativa for Anxiety – Which one is Right for You? 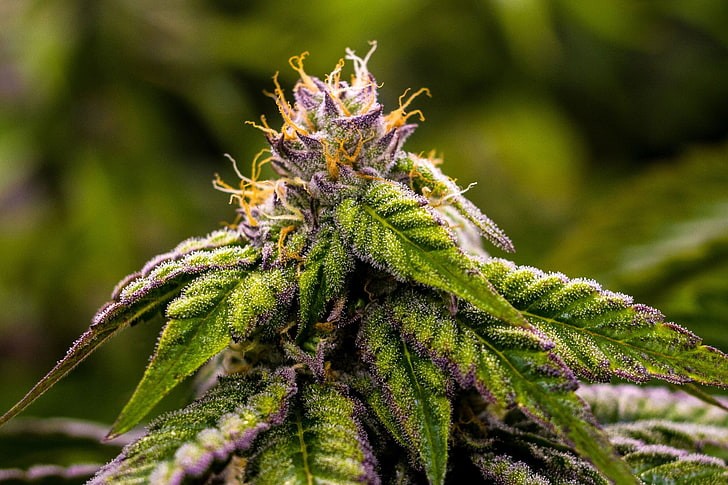 Being a novice in the field of marijuana can be so overwhelming when seeking the right weed for you due to the abundance of marijuana strains in the market. There are hundreds of names you never heard before, and types of cannabis you do not seem to be familiar with.

Similar to wines with varieties of white, red, and mixture of both, marijuana may likewise be comprised of three categories, namely the sativa, indica, and hybrid marijuana. With different categories, each has its own characteristics, components, flavors, taste, effects, and productivity.

In some cases, you can take a glimpse of the effects of a specific strain basing on its name. For instance, if you find a marijuana strain includes haze on its name, it can give you an idea that this strain is dominant of sativa variety, while names with kush are typically indica dominant.

Nonetheless, if you are looking for marijuana suited for specific health condition like anxiety, requires a thorough understanding of sativa and indica varieties instead of guessing their effects through names. In this article, we will find out which variety, indica, or sativa for anxiety.

Anxiety is a health problem that most people often seek treatment from marijuana. Regardless of its therapeutic claims for anxiety treatment, cannabis remains a complicated debate. Despite the fact that many types of research have proven the effectiveness of cannabis in anxiety relief, it likewise has anxiety-producing properties.

This is, in fact, true because marijuana contains cannabinoids, mainly the CBD and THC, that, when taken at a low amount, can help anxiety, while high dosage can make it worse. Additionally, indica and sativa composed of various levels of cannabinoids that either decrease or increase anxiety.

Before looking into the classification of indica or sativa for anxiety, there was research conducted which revealed that high levels of THC and trans-nerolidol, a type of terpene, is the best components that reduce anxiety. Also, there was another experiment that used Kush varieties and has proven to be very effective in reducing anxiety levels.

Later, researchers found that the indica strain is composed of high levels of compounds like D-limonene, b-caryophyllene, and trans-nerolidol. These compounds are said to be present also in tea, lemongrass, and other aromatic substances, which is likewise believed to generate sedation.

In this researches, the question of which is better, either indica or sativa for anxiety, has given hints already.

Indica is a variety of cannabis that originated in India and Central Asia.

It will take around forty-five to sixty-five days to finish the flowering period of most indicas. Anticipate that the growing development of indica will remain short and in control, although it generates a better amount of production.

You can easily identify indica strains because of its compact and bushy appearance. It is ideal for growing indoor or areas with limited space. The buds it develops are dense and extremely heavy. Most indica strains comprised high CBD levels, making it very powerful.

Before confusing yourself with either indica or sativa for anxiety relief, let’s analyze the indica’s typical effects when consumed. In common cases, indica will generate a full stoned high targeting, mainly the body. It furnishes full relaxation of cognition and calms down the body.

Due to the capacity of indica to provide sedating and relaxing effects, they are sought by many consumers as it can help in the treatment process of insomnia, pain relief, muscle spasm, seizures, nausea and vomiting, lupus, stress, anxiety, and other complicated illnesses.

Basing from here, the indica strain is popularly known to reduce the signs and symptoms of anxiety. Yet, it remains a question of which of the two, indica or sativa for anxiety relief, is the best.

Because of its sedating effects, the indica strain has the likelihood of causing depression on users. It could also lower your sense of motivation and can induce sleepiness.

Originated from some parts of the equatorial regions of the world, like Mexico, Thailand, and Jamaica, the sativa strain was born.

It will take sixty to ninety days before the sativa finishes its flowering period. The appearance od sativa is distinguishable because of its tall height and narrow leaves. They generate less potent smell compared to indica strains. Sativa is not ideal for indoor growing with the restricted area as it can dominate the locations due to its height and even triple its height once they reach the flowering stage.

The high effect that sativa can generate mostly focuses on providing energy and enhancement of creativity. It gives a few giggles and could put you in a state of euphoria. It promotes higher socialization skills and makes you feel active physically.

If you remain confused between indica or sativa for anxiety, let’s have a look at its medicinal benefits on humans. Due to its uplifting and cognitive high, it is the best option for people who are depressed or experiencing fatigue. It can even help in the treatment of some eating disorders like anorexia. Other doctors recommend the use of sativa strains to help in the process of healing in a few types of cancer.

Due to its high and energizing effects, some users, especially those who are not used to its effects, may experience paranoid behavior and panic attacks. It can even trigger anxiety and should be avoided when you have such an existing condition.

Indica or Sativa for Anxiety: Which is Better?

Basing on science facts, if there is an elevated level of activity in your brain, it could generate anxiety or worsen the condition if you already have one. Provided that sativa deliver activating high effects, we could easily say that it does not suit in the treatment process of anxiety.

However, researchers believed that the distinct characteristics of sativa and indica have little influence on its effectiveness for reducing anxiety. Rather, it has more influence on the ratio of THC and CBD components of a certain strain.

CBD is more helpful for anxiety relief and reduction of depressive symptoms, while THC can cause heightened effects and induce psychoactive impressions; it can worsen anxiety and even strengthens more the occurrence of paranoia. So, the question is, which is better, indica, or sativa for anxiety?

Provided that sativa strains have more THC components and low levels of CBD, it is easy to tell that indica strains have better capabilities for anxiety reduction. In most cases, this is precisely true; we could never cut off sativa strains out from the picture because it still has room for anxiety treatment. However, it is only restricted to a few strains.

Indica strains or hybrids with dominant indica genetics can provide lesser activation of the brain that can potentially lessen the pronouncement of anxiety. For instance, a person with anxiety may feel palpitations when anxiety occurs. When there is stimulation that causes more palpitations, it could lead to panic attacks. Hence, it is what THC in sativa can do when consumed.

Originated from Afghani landrace, this indica strain is considered medical marijuana with delightful flavors and aroma filled with sweetness. It is used for instant relief from any traces of anxiety. It can even aid in your sleeping pattern by providing a better rest every single night.

A legendary and classic strain in the field of cannabis, this indica strain is very valuable for anxiety reduction. It has a potent tranquilizing effect that works tremendously on high levels of anxiety.

This indica strain promises to provide a relaxing feeling that radiates all over the body and mind. Apart from reducing anxiety, it could also very valuable help for eliminating the discomforts of pain.

With final answers as to which is better, either indica or sativa for anxiety, seeking deeper research and asking for professional advice would always do great, especially when trying to find treatment for anxiety using marijuana. Regardless of indica having more promising results in anxiety relief, you are still allowed to try Sativa strains with a regulated ratio of THC and CBD, just to keep your mind subtly alerted.

If it does not work for you, consider stopping and try other strains again. Anyway, finding the right strain for your anxiety requires numerous trials and errors. Yet, the essential thing in terms of treating anxiety, never self-medicate.