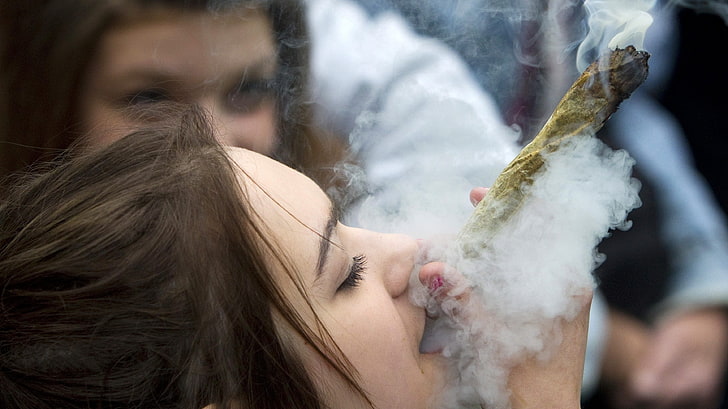 Marijuana is so popular around the world that it is almost just as widely used or smoked as tobacco is. Plenty of people use marijuana or weed for recreational purposes because of all of the great benefits that come with doing so when you are talking about its therapeutic and medicinal effects. To that end, there are some that actually prefer weed over tobacco or cigarettes and are smoking it every single day. But is smoking weed everyday bad?

That is a question that usually lingers in the minds of cannabis advocates and critics alike. For those who love marijuana, it is often a question of how the actual smoke can damage the lungs rather than how the chemical compounds in marijuana can affect you on an everyday basis. Meanwhile, for critics, they always find a way to try to dismiss the wonders of weed by looking at all of the negative effects it has, regardless of whether or not you smoke it every day.

Hence, those are the exact reasons why we are here to discuss what happens if you smoke weed on a daily basis as opposed to smoking it once every few days.

What are the good sides of smoking weed every day?

Before we discuss whether or not smoking cannabis every day can be bad for you, here are some of the good reasons that may convince you to smoke weed on a daily basis:

Provides a good boost of energy

If you are a sativa strain lover, you would know that smoking marijuana every day can be a good way for you to get that energy boost you need to stay motivated and inspired throughout the day regardless of what you are doing. Some use sativas as a morning jolt of coffee that keeps them awake and energized without all of that caffeine. There are also those who use sativa strains to get that creative inspiration; they need to do artistic works that require their brain to work differently. Meanwhile, some actually take marijuana before strenuous physical activities such as exercise or hiking. Simply put, if you want a good substitute for coffee or energy drinks that fuel you daily, marijuana can be that alternative.

Can help protect your brain from cognitive decline

There have been studies that suggested that the cannabinoids found in marijuana have their own way of protecting the brain from cognitive decline. It lies in the fact that these cannabinoids can help decrease cellular damage in the brain to allow it to decline at a slower pace than those who do not use marijuana. As such, this can help protect you from cognitive diseases that usually affect older brains such as Alzheimer’s or even Parkinson’s. In a way, marijuana keeps the brain in shape just as how reading does.

A lot of people rely on opioids as a way of helping them cope up with nagging and constant pain that are the result of different causes such as accidents or injuries. Many people suffer from back pains and other types of pains that seemingly do not go away. As such, they rely on opioids to make the pain more bearable. But opioids are harmful when they have overdosed. They are also synthetic drugs that come with a lot of side effects.

Meanwhile, marijuana is a natural substance that also comes with its own pain-relieving qualities. Indicas, for example, is widely known to help the muscles relax to ease pain and to help treat nagging issues. In that regard, you can actually use marijuana as your everyday substitute for opioids to treat constant body pains because of how this natural substance comes with fewer and less harmful side effects.

For those who seemingly struggle with their weight loss goals, marijuana is a good way of helping you manage your weight so that you can actually reach your goals in no time. This is something that you should highly consider because a lot of people are getting obese every single day with all of the fatty and unhealthy foods they consume daily.

The reason why marijuana is known to aid in weight management is that it has been found that there are chemical compounds in cannabis that affect the metabolic system in a positive way. Truth be told, have you ever seen an obese stoner? Probably not, right?

Why is smoking weed everyday bad?

Going to the meat of this article, there are also some reasons that will convince you to think that smoking marijuana on a daily basis might not be a good idea.

It can affect short-term memory in a bad way

When you look at the typical stoner, you often see someone whose mind seemingly floats in nothingness, right? That is how people often view marijuana users. While that is not exactly a fair judgment, there is some truth to that. It was found in several studies that people who smoke marijuana regularly are less likely to remember short-term details and are more likely to have poor verbal memory by the time they reach a certain age. In fact, those who are often using marijuana perform poorly in memory tests.

Can lead to addiction and dependence

As difficult to believe as it might be, THC at higher levels can lead to addiction. And what is worse is that marijuana strains are getting more potent every single year. This can only lead to more addictions if people who are smoking weed do it on a daily basis. However, it is also emphasized that addiction us a lot more common in younger people than it is in older people as younger brains are still in the middle of development.

Can lead to lung problems

This negative effect that marijuana has is related to the smoke rather than the actual chemical composition of cannabis. The truth is that inhaling any kind of smoke regardless of where it came from can damage the lungs. That is why smoking tobacco is often discouraged due to how it can cause lung problems. The same can be said when it comes to smoking weed because of how combusting it can lead to a harmful smoke that can cause lung diseases. To that end, a lot of people try to minimize this negative effect by turning to alternatives such as marijuana vaping and edibles.

Is smoking weed everyday bad? Well, in conclusion, there are both good and bad sides to smoking marijuana on a daily basis, just like how using other “healthy” and “beneficial” substances can lead to negative effects when taken in excess regularly. Of course, there are always the lung problems that are associated with smoking marijuana because of how combusting this plant and inhaling the smoke naturally leads to respiratory issues.