Marijuana Strains with the Highest THC

How To Take Care Of Marijuana Plants In The Flowering Stage: A Beginner’s Guide 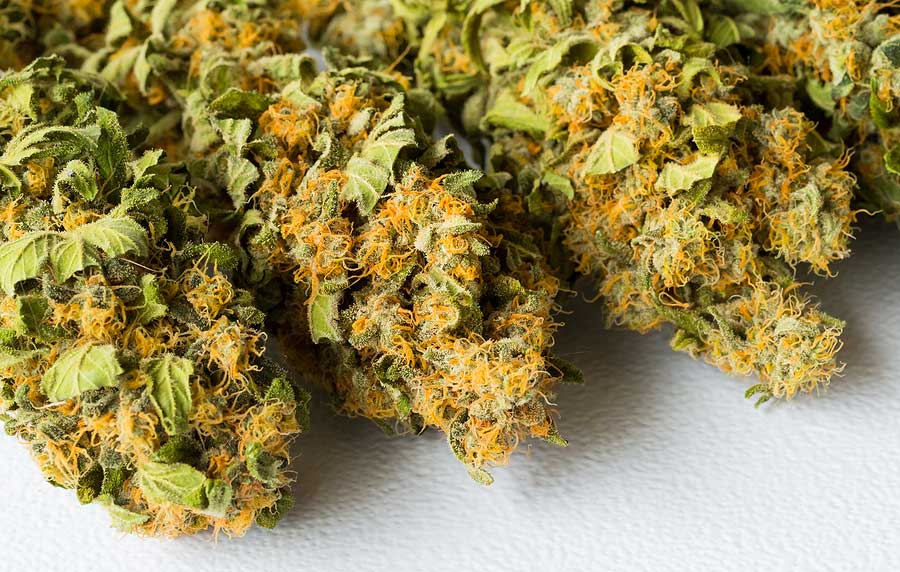 According to statistics, millions of people worldwide have experienced and experienced signs or symptoms of sleeplessness and sleep disturbances. It was reported that the majority of these people suffering from these conditions tend to either prone to accidents, life quality reduction, health-related problems, changes in mood and behavior, and increase work absenteeism.

Mainly, people deal with sleeping habits problems by taking medication, which often gets addicted, as many prescription drugs can cause addiction instead. However, people still need a better solution for this.

Many assume the capacity of marijuana to aid insomnia. Yet, finding the best marijuana strain can be tricky and confusing as there is a strain that can generate uplifting feelings, and others are effective for sleeping.

Sleep is one of the essential parts of living as it gives our body enough strength to deal with tomorrow’s work. However, many people find the lack of ability to sleep, leading to a condition called insomnia.

People mostly experience two types of insomnia. One is Acute insomnia; this type of condition is characterized by struggling to sleep for at least three nights a week and continues to occur for the following weeks. Typically, this type of insomnia occurs when people have a tough time dealing with stress and anxiety.

The other type of insomnia is chronic insomnia. This is characterized by sleeplessness for at least three days within a week and lasts longer than three months. The underlying cause of this condition could be due to poor sleeping habits, changes in work routine, and prescription drugs reaction.

Deeper underlying insomnia problems could be hard to deal with than typical adjustments on sleeping routine, especially when the cause of its occurrence is more on the psychological aspects. Hence, it is recommended to use alternative methods to combat the issue.

According to research, the best indica strain for sleep is commonly composed of Tetrahydrocannabinol, which was found to reduce the occurrence of insomnia significantly. It is popular among indica strains due to its sedation effects, which target any causes related to sleep problems.

The Relationship of Marijuana and Sleeping

The most abundant compound in marijuana is THC. It is reported to provide not only psychoactive effects but also sedation. At the same time, CBD is productive in anti-inflammatory components, which helps alleviate pain and could potentially elevate sedating capacity when combined with THC. CBN has also shown great potential to provide sedating effects when blending with THC.

As a study reported, there is an improvement in sleeping patterns of the people toke within 40 milligrams to 120 milligrams of THC per day. They have even reported having improved sleep during the daytime the next day after taking THC. On top of these, it even benefits people with sleep apnea to have a better breathing pattern and induce sufficient sleeping. That is what the best indica strain for sleep can do.

Provided that individuals have distinct biochemistry and how each endocannabinoid will react on the compounds of marijuana, therefore it is necessary to experiment with some strains on the list to provide you the best indica strain for sleep.

Besides the strain, it is essential to consider the harmonious blend of THC, CBD, and CBN and the levels each component has. While these are crucial factors, the method ingestion on the best indica strain for sleep may also affect how the body will take its effects. The fastest way to experience its impact is through smoking or vaporize while the slowest will be through edibles, as it takes moments before being digested.

This indica strain will produce excellent quality of comfort and put your cognitive into a cushion-like relaxation. All these can be experienced while your mood is elevated. The organic combination of chocolate and coffee can deliver an incredible sensation that it is the best indica strain for sleep, but it can alleviate any type of pain.

This is an indica dominant strain with a genetic combination of Granddaddy Purple and OG Kush strains. Believed to be originated in California and with THC level reaching up to 27%. It will surely bring down any users into bedtime, even those with high tolerance.

Indeed, this is the best indica strain for sleep. It furnishes the relaxing effects of the entire body, giving you a total couch locking impact. It does only help consumers to feel relaxed and combat insomnia; it likewise provides a few giggles and happiness.

A crossbreed of Critical Mass and OG Kush, Critical Kush is the best indica strain for sleep as it has an insanely 25% THC level and CBD of 1%. Indeed, not a novice-type indica strain will deliver strong couch locking effects that can immediately put you into sleep. The onset can furnish feelings of euphoria; this does not settle much longer. It will soon eventually put the entire body and mind into a calming sleep.

Ready yourself to submit into cloud nine of sleep as Granddaddy Purple strain is the best indica strain for sleep. Generally, this is utilized by people with insomnia as it delivers a balance of terpenes to induce sleepiness while providing painkilling effects. Apart from these, it allows the users to feel more optimistic and reduce anxiety.

The best indica strain for sleep, Grape Ape, is commonly popular among marijuana users due to its intense body high, bringing the whole body into a couch-locked experience. Although the sleep-inducing effects it possesses may appear slowly, it provides a great sleeping pattern on users. The sedating effects it has are also known to helo relieve anxiousness.

Afghani CBD is known to have a high level of CBD that promotes therapeutic effects and relaxing feelings. This is the best indica strain for sleep due to its natural calming effects that do promote not only sleep but also reduce anxiety levels. On top of these, it benefits people with Parkinson’s disease, muscle cramps, and multiple sclerosis due to its CBD compounds.

The most potent strain among the Kush lineage, Tahoe OG Kush, is the best indica strain for sleep. With a balance genetic composition, the crossbreeding of OG Kush and SFV OG Kush resulted in an indica strain with a 25% THC level and low CBD content.

It can generate relaxing tones and a comfortable, warm blanket that could induce sleepiness in no time. It uplifts the mood on the onset of effects and produces a natural euphoric impression. It could even cause hunger, and once the tummy is satisfied, you will be rewarded with a night of deep sleep.

The best indica strain for sleep, this indica marijuana named 9pound Hammer, will never disappoint any users with its sleep-inducing effects. It has a moderate CBD composition that is enough to put your entire body in a relaxing and soothing effect. In contrast, its THC level has a tremendous potential mixture that elevates the sedating sensation.

An indica strain from the lineage of Kush, Purple Kush is the best indica strain for sleep due to its 22% level of THC. Apart from its ability to provide therapeutic impacts on anybody’s concerns and pain, it also stands out as a tremendous sleep-inducing strain.

Many would agree that pain can cause trouble in sleeping and keeps people awake during nighttime. However, with Purple Kush strain, painful feelings will be replaced with warm comfort and relaxation that triggers sleep, which is difficult to resist.

A legendary strain, Northern Lights is not only famous for its potency but it is considered the best indica strain for sleep. A crossbreed of landraces from Afghani Indica and Thai, this indica dominant strain has a strong THC level of 18%. It may seem a moderate level, but the effect of the strain is fast and promotes relaxation immediately. Stress and anxiety are easily wiped out after a few intake moments, while it will last very long.

A multi-awarded strain, the Big Bud is the best indica strain for sleep. The huge buds it possesses are great in keeping users in mind and body relaxation without worrying about pain, stress, and anxiety. After taking this indica strain, you may not be able to leave your house as it intends to make you couch-locked.

An ideal strain to reduce anxiety and stress, Blueberry Kush can also trigger sleepiness without causing great psychoactive impressions. This is the best indica strain for sleep as it induces high-quality relaxation while promoting therapeutic benefits. It would be tough to fight its capacity to induce sleep and only discover that your stress and other body concerns are all wiped out.

Lacking sleep can cause further damage and problems in people’s lives, aside from being irritable. It likewise increases work-related issues like absenteeism and poor performance. It can even lead to critical health problems, like heart attacks and high blood pressure,  if they may cause depression and reduce sex drive.

Luckily, marijuana is efficient enough to fight this condition and improve sleeping patterns apart from its usual therapeutic benefits, despite the limited resources of researches provided on this matter. Although the best indica strain for sleep might be very beneficial, it can still provoke unpredictable adverse effects. Hence, the consumption should be minimal, especially for novice users.